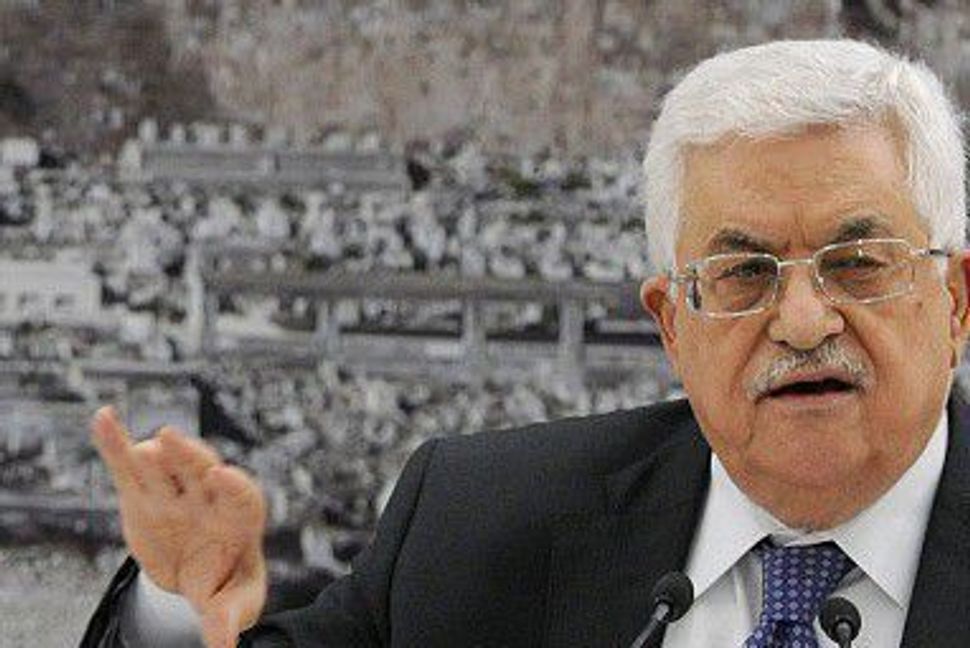 But in the same speech, he also said that he was open to peace negotiations with Israel.

“Our hand is still extended in peace to our neighbors,” he said.

As for the environment, he accused Israel of wanton destruction of Palestinian agriculture.

“Our resources are being usurped, our trees are being uprooted, our agriculture is being destroyed,” Abbas said.

He insisted his government has made “great progress” in adopting climate change standards, but said that “continued Israeli occupation” infringed on its ability to do so.

Earlier at the conference, Abbas shook hands with Israeli Prime Minister Benjamin Netanyahu for the first time in five years.