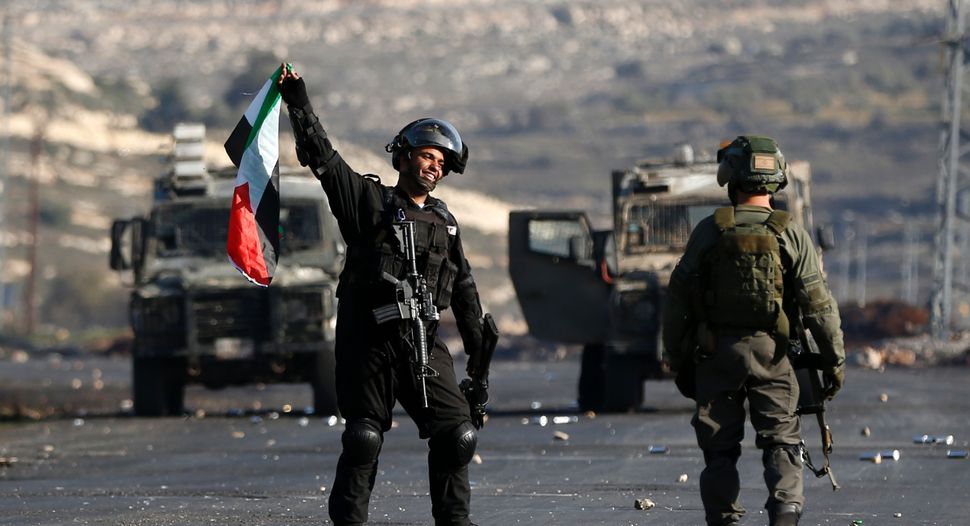 Nineteen Israelis and a U.S. citizen have been killed since Oct. 1. Israeli forces have killed 97 Palestinians, of whom 58 were identified by Israel as assailants or caught on camera carrying out attacks, while others were shot in clashes with police and troops.

A police spokeswoman said a Palestinian man who tried to carry out a stabbing attack on Tuesday at a busy junction in the Etzion bloc of Jewish settlements in the West Bank was shot dead. Gunfire from an Israeli officer trying to secure the scene slightly wounded a bystander, she said.

Near the Jewish settlement of Einav, also in the West Bank, a Palestinian woman was shot dead by an Israeli officer whom she had attempted to stab, the army said.

Palestinian allegations that Israel is trying to alter the religious status quo at a Jerusalem holy site – known to Muslims as the Noble Sanctuary, where al-Aqsa mosque stands, and to Jews as the Temple Mount – have fueled the violence.

Non-Muslim prayer is banned around al-Aqsa and Israel has said it will not change that, but an increase in visits by Jewish religious activists and ultra-nationalist Israeli politicians to the complex have contributed to Palestinian fears.