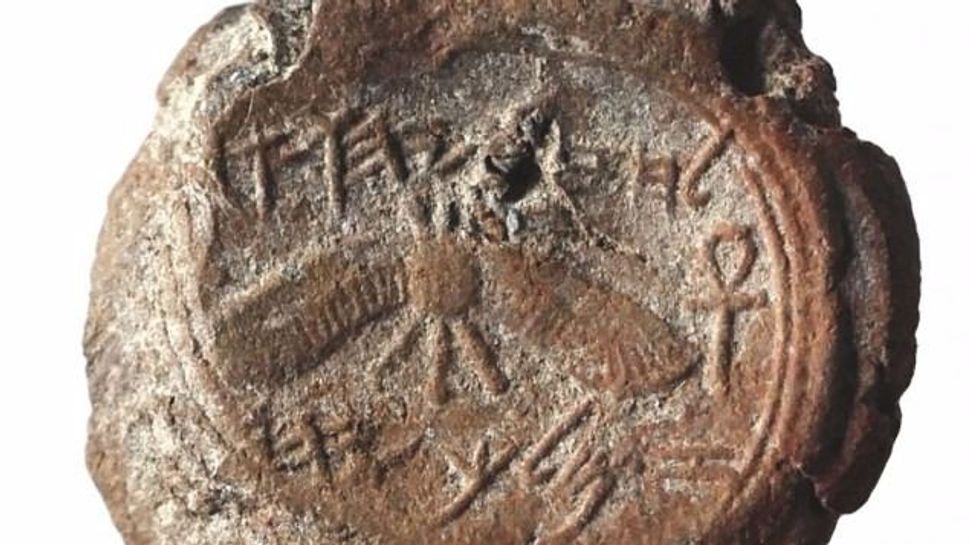 Israeli archaeologists have discovered a mark from the seal of biblical King Hezekiah, who helped build Jerusalem into an ancient metropolis.

The circular inscription, on a piece of clay less than a centimeter (0.4 inches) long, may very well have been made by the king himself, said Eilat Mazar of Jerusalem’s Hebrew University who directed the excavation where it was uncovered.

Hezekiah ruled around 700 BC and was described in the Bible as a daring monarch – “There was no one like him among all the kings of Judah, either before him or after him” (II Kings 18:5) – who was dedicated to eliminating idoltary in his kingdom.

“This is the first time that a seal impression of an Israelite or Judean king has ever come to light in a scientific archaeological excavation,” Mazar said.

The clay imprint, known as a bulla, was found at a dig at the foot of the southern part of the wall that surrounds Jerusalem’s Old City, an area rich in relics from the period of the first of two ancient Jewish temples.

It had been buried in a refuse dump dated to the time of Hezekiah and was probably tossed from an adjacent royal building, Mazar said. It contains ancient Hebrew script and the symbol of a two-winged sun.

The bulla was initially cataloged and put in a closet, along with 33 others, after a first inspection that failed to establish its true identity.

Only five years later, when a team member scrutinized it under a magnifying glass and discerned dots in between some of the letters, did the meaning become clear.

The dots help separate the words: “Belonging to Hezekiah (son of) Ahaz king of Judah.”

Mazar said the back side of the clay imprint of the seal had markings of thin cords that were used to tie a papyrus document.

“It’s always a question, what are the real facts behind the biblical stories,” Mazar said. “Here we have a chance to get as close as possible to the person himself, to the king himself.”