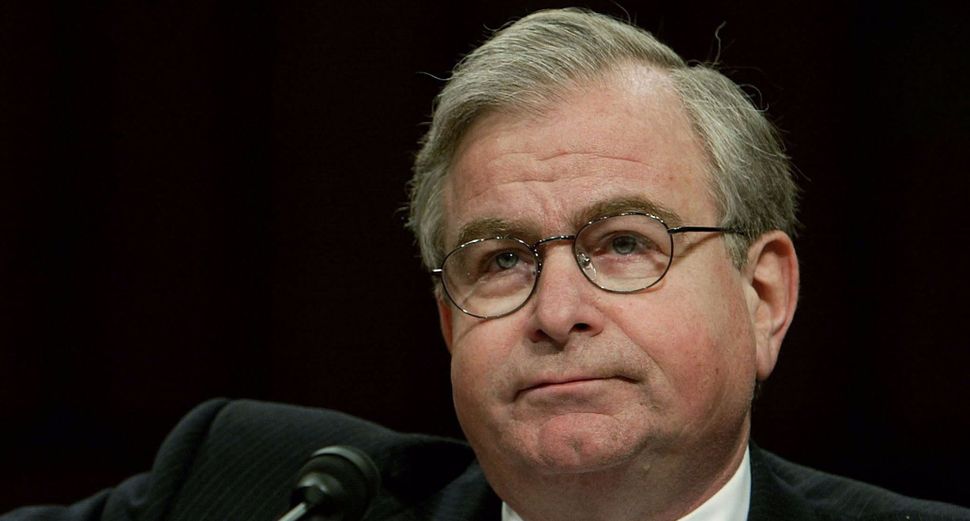 Samuel “Sandy” Berger, a national security adviser for President Bill Clinton whose reputation was marred by his theft of classified documents after leaving office, died early on Wednesday.

Berger, who was 70, had been suffering from cancer, according to a statement from the Albright Stonebridge consulting firm where he worked.

Richard N. Haass, president of the Council on Foreign Relations, in a post on Twitter, called Berger a “good man & friend who served nation well as Bill Clinton’s NSA.”

Berger was heavily involved in relations with China, as well as advising Clinton on the NATO bombing campaign in Yugoslavia and the attacks at Khobar Towers in Saudi Arabia in 1996 and the U.S. embassies in Kenya and Tanzania in 1998.

In the closing months of Clinton’s term, Berger was a prominent player at the 2000 Camp David summit in which Clinton tried unsuccessfully to advance the Middle East peace process.

Those accomplishments were overshadowed in July 2004, when the Justice Department revealed it was investigating whether Berger had removed classified documents and notes from the National Archives several months before his testimony to the commission investigating the Sept. 11, 2001, attacks on the United States.

At first, Berger said removing the documents in his attache case and pants and jacket pockets was accidental but he later admitted he had done it deliberately. One archives employee later said Berger stuffed the papers down his pants legs.

Berger pleaded guilty to a misdemeanor, was fined more than $50,000 and given 100 hours of community service and probation. He also lost his security clearance.

Republican were outraged, saying Berger was trying to destroy incriminating evidence. But the Justice Department said he only took copies to cut up and no original material was lost.

A year later, it came out that Berger had taken the documents to a construction site near the archives and hid them. He came back later to retrieve them.

Berger also had controversies during his days at the White House. A number of Republicans called for his resignation when it was learned that he was aware in 1996 that China was trying to get designs of U.S. nuclear warheads but did not tell Clinton for more than a year.

In November 1997, Berger paid $23,000 to settle a conflict of interest charge over stock holdings. He had been told by the White House three years earlier to sell his stock of Amoco Corp but he did not, saying he forgot. The Justice Department found no intent to break the law.

Berger was described by colleagues as a quick decision-maker with a tight focus who worked well in a small group where fostering consensus and drawing out opinions was at a premium.

President Barack Obama released a statement saying he had benefited from Berger’s advice.

“Today, his legacy can be seen in a peaceful Balkans, our strong alliance with Japan, our deeper relationships with India and China,” Obama said.

Clinton and Berger met while working on the failed Democratic presidential campaign of George McGovern in 1972.

Born in Sharon, Connecticut on Oct. 28, 1945, Berger attended Cornell University and Harvard Law School. He worked for members of Congress and served as a State Department deputy director from 1977 to 1980.