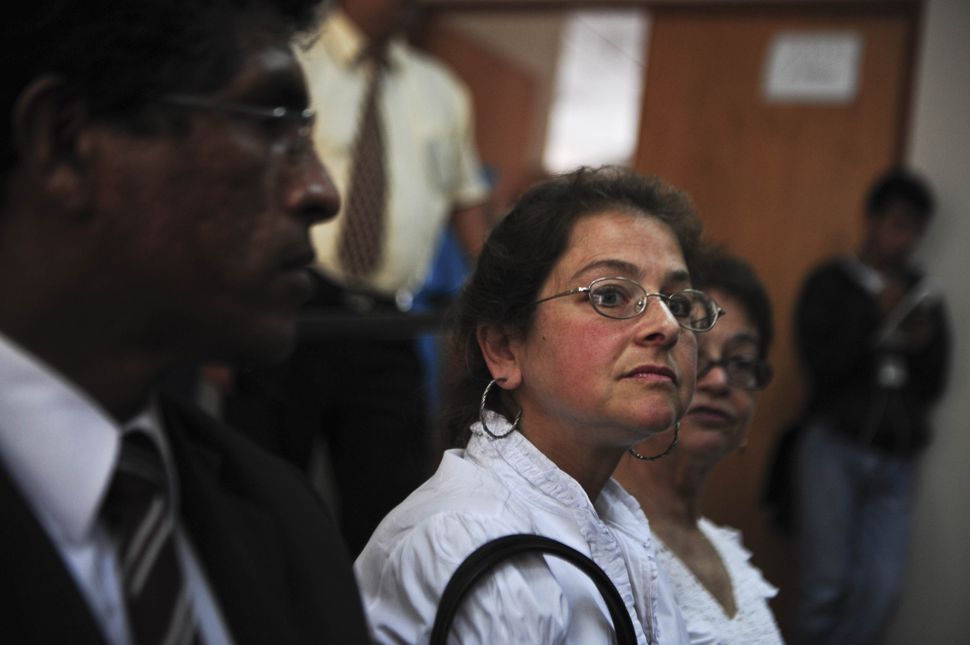 Berenson, 46, emerged from a terminal at John F. Kennedy International Airport and said she was glad to be home after finishing a 20-year sentence for supporting the Tupac Amaru Revolutionary Movement, or MRTA, a guerilla group that was active in the 1980s and 1990s.

“I’m very grateful to everyone who’s helped me, and I’m happy to be with my family,” said Berenson, who was casually dressed with her hair pulled back in a ponytail. She declined further comment.

Berenson’s attorney Anibal Apari said on Tuesday that she would be traveling with her 6-year-old son, Salvador, who was born while she in a Peruvian prison. Apari is the boy’s father.

Berenson left the airport in a private car and the boy’s whereabouts were not known.

Apari, a former member of MRTA, and Berenson met in 1997 while they were both in prison.

The daughter of college professors from Manhattan, Berenson had left her studies at Massachusetts Institute of Technology and went to Latin America to support leftist movements. She is among a number of people in Peru finishing sentences for crimes linked to the country’s civil war, in which an estimated 69,000 people died.

A military tribunal sentenced her to life in prison under counterterrorism laws, but she was retried in a civilian court and her sentence was reduced after pressure from her parents, human rights groups and the U.S. government.

She served 15 years in prison, part of it in solitary confinement, and the past five years on parole.

Berenson and her son had come to the United States in 2011, but returned to Peru after authorities there passed a law barring foreigners convicted of terrorism-related crimes from travel.—Reuters