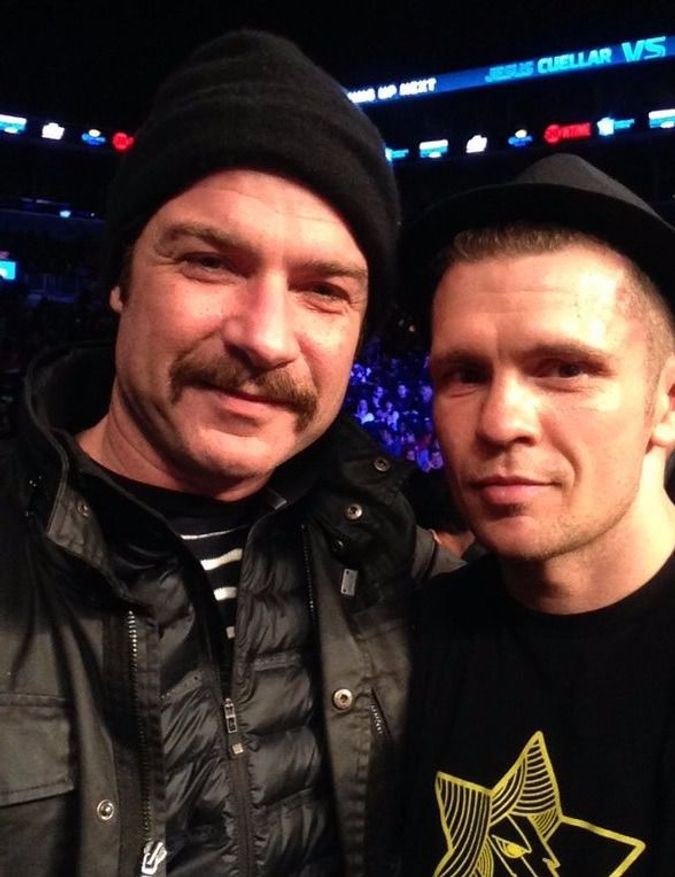 The “Ray Donovan” series star is a major enthusiast of the sport, boxes several times a week, and is starring, with wife Naomi Watts, in the upcoming film, “The Bleeder” about heavyweight Chuck Wepner, who went 15 rounds against Muhammad Ali in a 1975 title fight.

Schreiber and Foreman, who lives in Park Slope, Brooklyn, have been pals for several years now and the 35-year-old pugilist has even offered the Golden Globe-nominated star boxing lessons.

A one-time junior middleweight title-holder, Foreman has been on hiatus for two years. During that time off, he was ordained an Orthodox rabbi.

In his comeback win Saturday night at Barclays, one of five matches in the Brooklyn arena, Foreman defeated Lenwood Dozier in eight rounds with a 77-75 score from all three judges. This extends his impressive record to 33 wins, two losses, and nine knockouts.

BoxingScene.com had this to say about the match: “The fight was a typical Foreman affair, with the Belarus native busy enough to put points on the board and win, though not in spectacular fashion. And though Dozier scored with the biggest shot of the fight when he rocked Foreman in the opening round, he only fought in spurts, with his lack of urgency costing him on the final scorecards.”