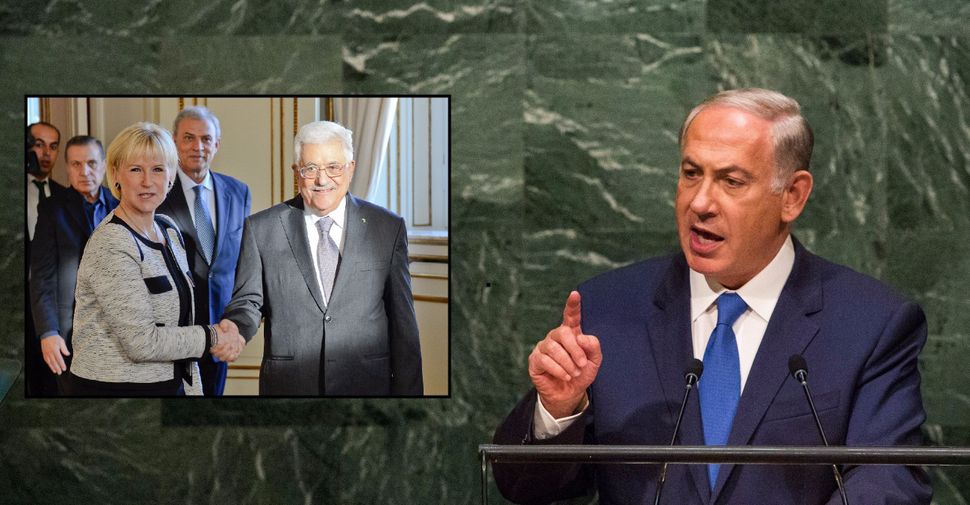 Israel condemned as “scandalous” on Sunday what it deemed was a suggestion by the Swedish foreign minister that its forces had unlawfully killed Palestinians involved in a surge of street violence, and warned of a diplomatic rupture with Stockholm.

“The response must not be of the kind – and this is what I say in other situations where the response is such that it results in extra-judicial executions or is disproportionate in that the number of people killed on that side exceeds the original number of deaths many times over,” Wallstrom said.

Her remarks touched a nerve in Israel, whose forces have killed 102 Palestinians since Oct 1, of whom it has identified 63 as assailants or who were caught on camera carrying out assaults. Most of the others died in clashes with police or troops.

The Palestinian attacks, fueled in part by strife over a contested Jerusalem shrine as well as a peacemaking process deadlocked since early 2014, have killed 19 Israelis and a U.S. citizen.

“I condemn the statements, the scandalous statements, made by the foreign minister of Sweden,” Israeli Prime Minister Benjamin Netanyahu told his cabinet in broadcast remarks.

Deputy Foreign Minister Tzipi Hotovely said in a radio interview that she and Netanyahu, who also functions as foreign minister, would convene a meeting on Sunday to decide what she anticipated would be a “sharp response” to Wallstrom’s comments.

Hotovely hinted at a possible exclusion of the Swedish government from Israeli efforts to revive peacemaking efforts with the Palestinians that have been stalled since early 2014.

“Sweden has crossed all red lines in relations with Israel,” Hotovely told Army Radio. “This is defamation of Israel and the statements are distancing Sweden from the ranks of enlightened nations that can take part in the dialog about rights in the region.”

A spokesman for Sweden’s Foreign Ministry on Sunday denied that Wallstrom had accused Israel of conducting extra-judicial executions, describing her remarks as “a general statement.”

Wallstrom has drawn censure from the rightist Israeli government before – over Sweden’s recognition of Palestinian statehood last year and, following last month’s gun and bomb rampage by Islamic State militants in Paris, when she described the Palestinians’ plight as a factor leading to radicalisation. (Reuters)