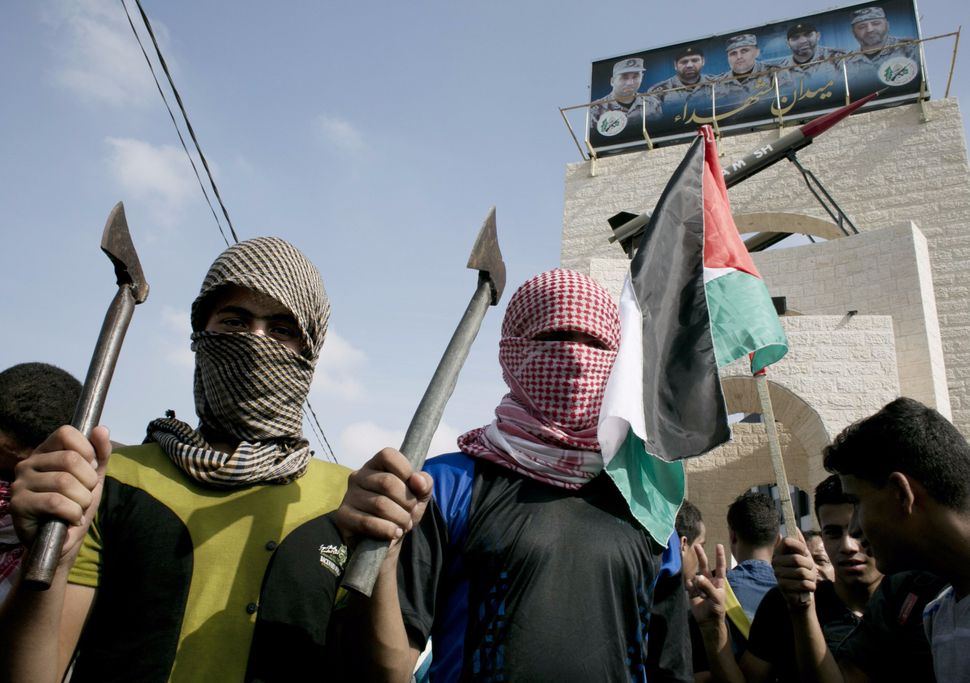 Israeli Prime Minister Benjamin Netanyahu said the core of the Israeli-Palestinian conflict is the Palestinian refusal to recognize Israel as a Jewish state and rejected U.S. warnings that Israel was devolving toward a single state.

The “root cause of the problem,” Netanyahu said in a video address Sunday to the annual Saban Forum, is that “the Palestinians have not yet been willing to cross that conceptual bridge, the emotional bridge of giving up the dream of not a state next to Israel, but of a state instead of Israel.”

Netanyahu’s appearance at the annual convention of U.S. and Israeli leaders, convened in Washington, D.C., by the Brookings Institution and sponsored by Israeli-American entertainment mogul Haim Saban, was a last-minute addition. It came after a scorching speech to the forum the previous evening by U.S. Secretary of State John Kerry warning that Israel’s settlement policies were leading toward a one-state outcome.

Netanyahu denied that Israel was headed toward incorporating the West Bank Palestinian population.

“The only workable solution is not a unitary state but a demilitarized Palestinian state that recognizes the Jewish state,” he said.Netanyahu rebuts U.S. Secretary of State John Kerry’s warning about devolving to a one-state outcome.

Netanyahu likened claims that the settlements were hindering peace to the notion once prevalent in some circles that the Israeli-Palestinian conflict was the core of the broader Middle East conflict. The earlier idea of blaming Israel for regional turmoil was now seen as “childish and irrelevant,” he said.