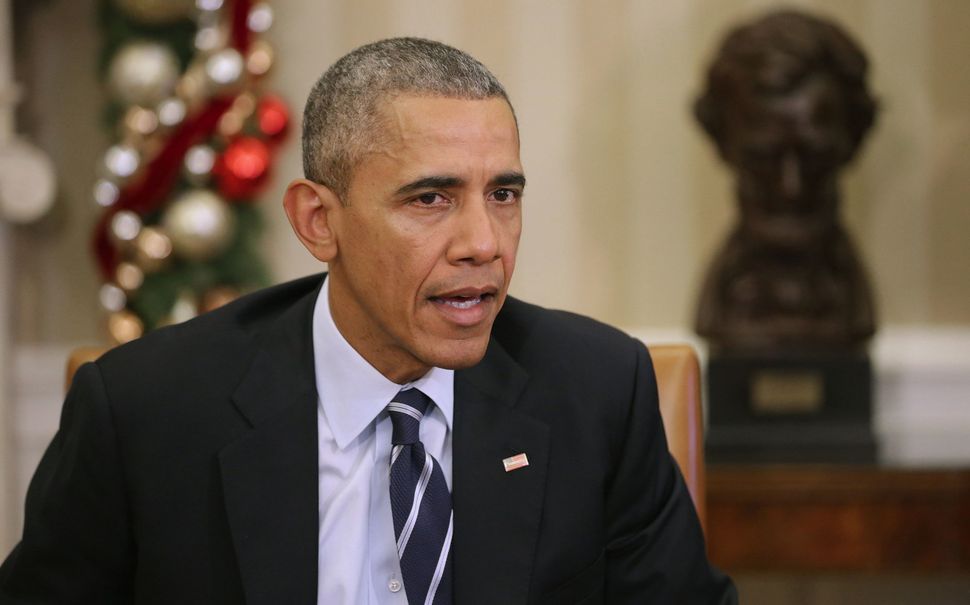 President Barack Obama in Hanukkah greetings said the lesson of the holiday was “on the miracles that can happen even in our darkest hours.”

“It renews our commitment as Americans — as people who live by faith and conscience — to lead the way and act as unyielding advocates for the fundamental dignity of every human being,” Obama said in a statement released Sunday by the White House on the eve of the holiday.

“During these eight days, let us be inspired by the light that can overcome darkness. As we recall the Maccabees’ struggle to free a people from oppression, let us rededicate ourselves to being the engine of the miracles we seek.”