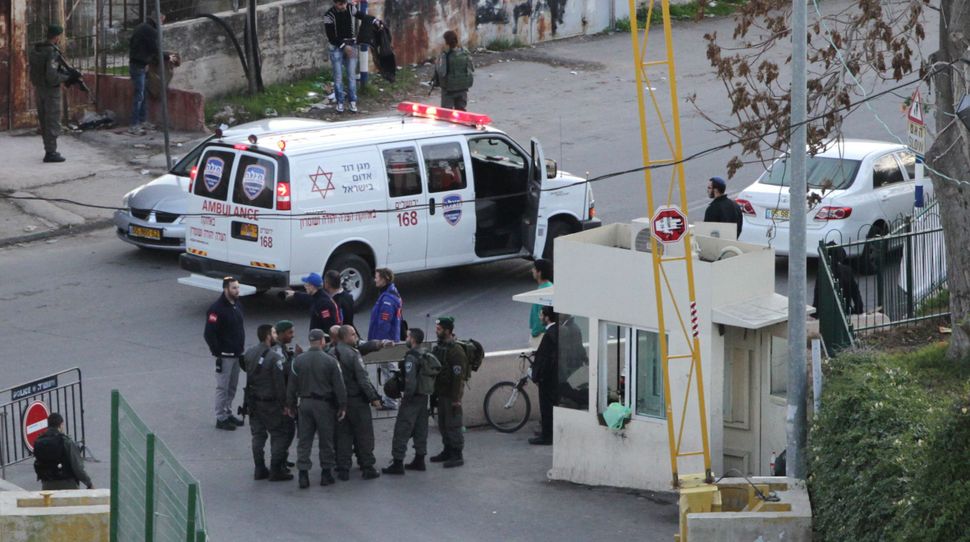 A Palestinian man stabbed and critically wounded an Israeli in the West Bank city of Hebron on Monday and was then shot dead by security forces, Israeli police said.

Such incidents have become a daily occurrence in Israel, Jerusalem and the occupied West Bank since the eruption two months ago of a wave of Palestinian street violence fueled in part by strife over a contested holy site.

In the Hebron attack, paramilitary border police fatally shot the assailant after he stabbed an Israeli man several times in the upper body, a police spokeswoman said.

The wounded man was taken to hospital in Jerusalem in critical condition, medical officials said.

On Sunday, two Israelis were injured in a car ramming and stabbing attack in Jerusalem by a Palestinian assailant, who was shot dead by a soldier, police said.

Since Oct. 1, 19 Israelis and a U.S. citizen have been killed in Palestinian attacks. Israeli forces have killed 104 Palestinians, of whom 65 were identified by Israel as assailants or caught on camera carrying out assaults. Most of the others died in clashes with police or troops.

Tensions have also been stoked by Palestinian frustration over a peacemaking process deadlocked since early 2014.