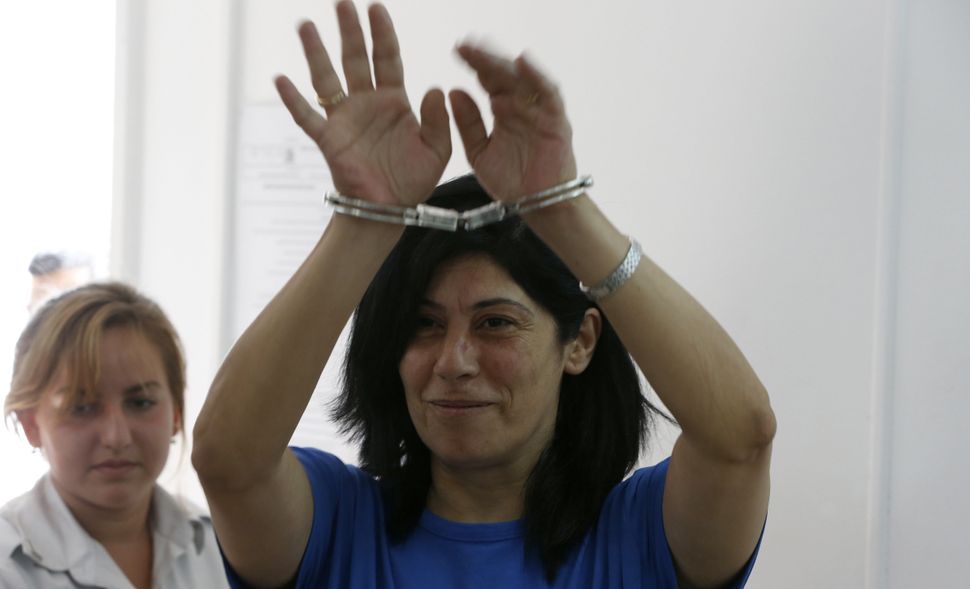 A member of the Palestinian parliament will spend 15 months in an Israeli prison for incitement to violence.

Khalida Jarrar was convicted in Israeli military court of incitement to violence and belonging to the Popular Front for the Liberation of Palestine, an illegal organization banned by Israel. The plea agreement reached Monday also carries a 10-month suspended sentence and a fine of approximately $2,600, according to Haaretz.

Jarrar was arrested at her West Bank home in April. Her lawyer said she agreed to the plea because she doesn’t trust the court.

An Arab-Israeli member of the Israeli Knesset, Aida Touma-Suliman, lambasted the decision to imprison Jarrar.

“The decision of the occupation authorities to jail a member of parliament because of her political stance, and after eight months of administrative detention, proves that the Israeli government is bent on aggravating the escalation,” Touma-Suliman said, according to Haaretz. “This government has nothing to offer but scaring Israelis and oppressing and disinheriting Palestinians.”