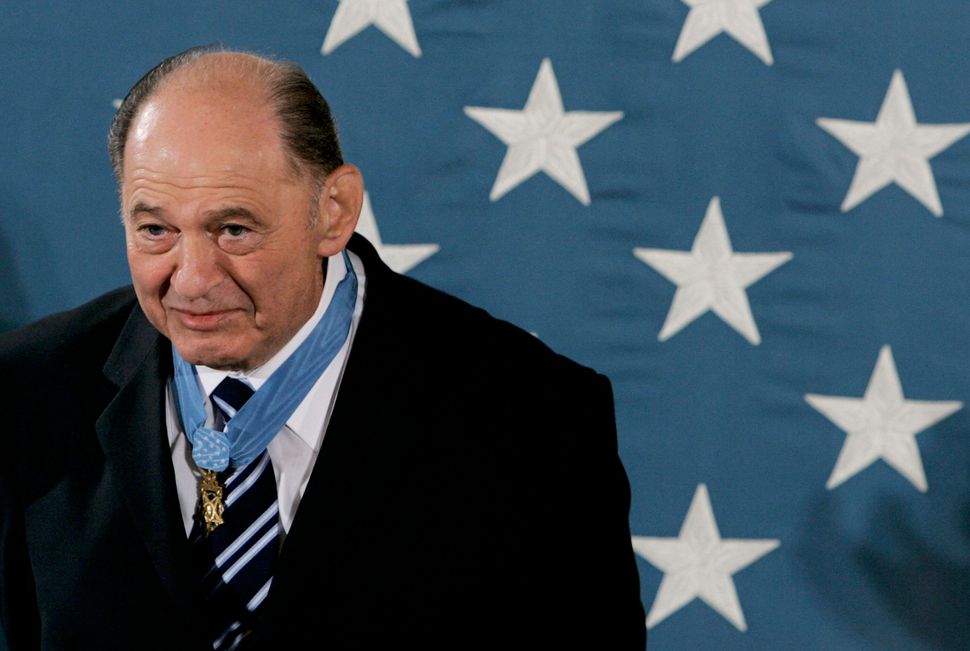 Tibor Rubin, who survived two years in the Mauthausen concentration camp and then two-and-a-half years in a Chinese prisoner of war camp during the Korean war, died at age 86.

Born in Paszto, a Hungarian shtetl of 120 Jewish families, Rubin was 15 when he was liberated by U.S. troops, and vowed to repay his debt by enlisting in the American army after arriving in New York in 1948.

During the Korean War in 1950, Rubin singlehandedly defended a hill for 24 hours against waves of North Korean soldiers to cover the retreat of his company.

Rubin was recommended three times for the Congressional Medal of Honor by two of his commanding officers for his conduct in the war. But the necessary paperwork was intentionally sabotaged by the company’s anti-Semitic first sergeant, according to testimonies by many of Rubin’s comrades.

In late 1950, Rubin was severely wounded and captured by Chinese troops. Applying skills acquired during the Holocaust, Rubin regularly stole food from Chinese supply depots and distributed it equally among his fellow prisoners, who later credited him with keeping 40 people alive.

Rubin finally won the Congressional Medal of Honor in 2005.

“I want this recognition for my Jewish brothers and sisters,” he said upon receiving the medal. “I want the goyim to know that there were Jews over there, that there was a little greenhorn from Hungary, who fought for their beloved country.”

Earlier this year, Garden Grove, where Rubin lived, bestowed his name on its new public library.

Rubin is survived by his wife Yvonne and children Frank and Rosalyn Rubin.