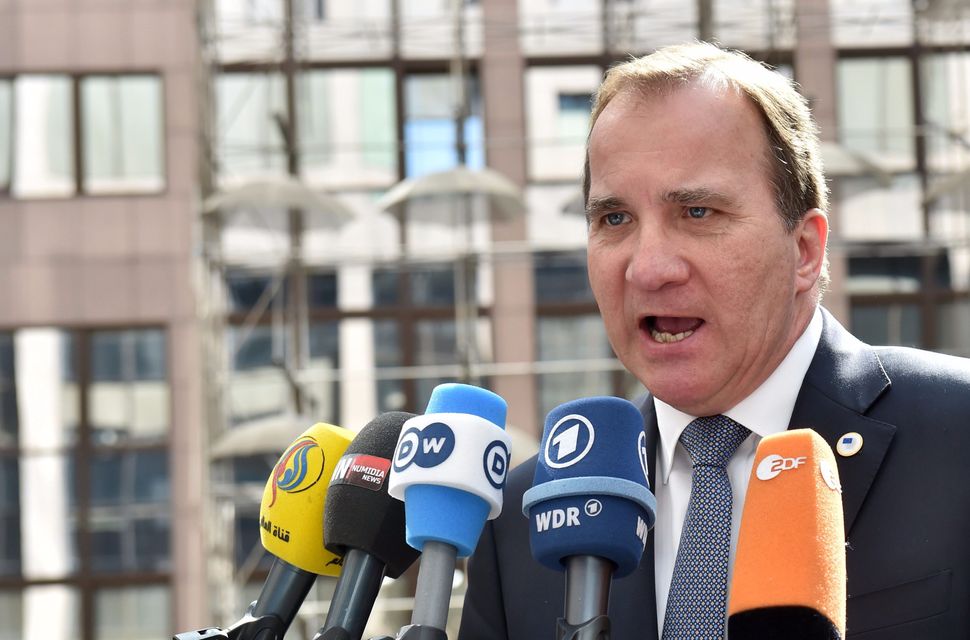 Swedish Prime Minister Stefan Lofven withdrew his statement that the recent string of stabbing attacks in Israel do not qualify as terror.

Lofven clarified to say he views the stabbings as terror attacks, but meant they are not organized by terrorist organizations, according to Haaretz.

Asked on Sunday by TT, a Swedish wire service, whether the stabbings counted as terror, Lofven said, “No, it is not classified as such.” Hours later, he called TT to say, “I meant that it was unclear if the knife attacks are organized by a group classified as a terrorist organization. Nonetheless, the attacks themselves do constitute terror.”

The incident comes days after Swedish Foreign Minister Margo Wallstrom accused Israel of unjustly executing Palestinians without trial. Wallstrom told a meeting of the Swedish parliament Friday that while she condemns the knife attacks, Israel’s response has been disproportionate.

“And in the same way the response cannot be, and I say this in other situations as well, where the response becomes so that there are extrajudicial executions, or that it becomes disproportionate so the numbers of dead on the other side is greater than the original death toll by several factors,” Wallstrom said, according to Haaretz.

Following Israeli condemnation of her remarks, Wallstrom’s spokesman said she was discussing international law and did not intend to accuse Israel of extrajudicial killing.