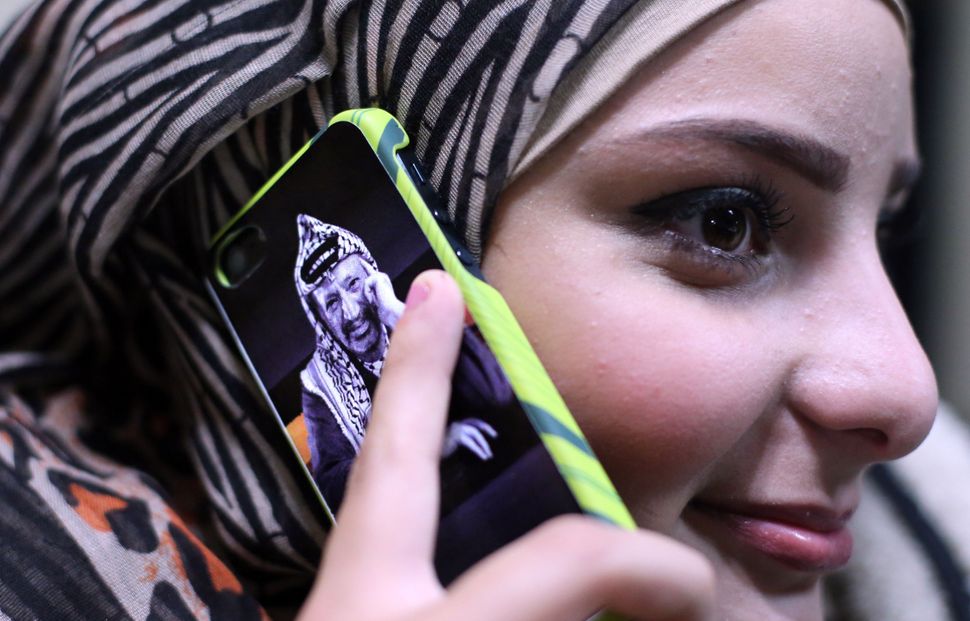 More than a decade after Israel and Europe rolled out 3G, Palestinians are preparing for the introduction of the mobile network, hoping better Internet access will give their economy a boost.

With 4.6 million Palestinians in Gaza and the West Bank, a burgeoning Internet sector and a very high usage of social media platforms such as Facebook and Twitter, demand for 3G is expected to be strong, even if it is a generation behind the 4G networks now in use in Israel and Europe.

Officials say the service will also be a boon for consumers working remotely, including those stuck at Israeli checkpoints and needing to pay urgent bills or get work done.

After lengthy negotiations, Israel and the Palestinian Authority signed an agreement last month opening the way for the network, with services expected in the Israeli-occupied West Bank by the second half of 2016 and afterwards in Gaza.

Palestinian mobile operators Paltel and Wataniya have set aside a combined $150 million for the upgrade from 2G.

“The use of fast Internet, especially in the mobile sector, will contribute greatly to increasing GDP,” Palestinian telecoms minister, Allam Moussa, told Reuters.

The Palestinian Authority’s gross domestic product totalled $12.7 billion in 2014, according to the World Bank. Studies indicate a 10 percent increase in broadband use adds around 1 percentage point to GDP. With unemployment at 27 percent, the Palestinian territories could do with the boost.

“It may inject $80-$100 million into the Palestinian economy every year,” said Ammar Aker, chief executive of PalTel Group, calling it a rough estimate.

The Palestinian Authority already hosts a number of App designers, and new investment is expected to create jobs in the design and making of Apps and in the IT sector among others.

Describing a situation familiar to many Palestinians, former telecoms minister Mashhour Abu Daqqa talked up the advantage of 3G for consumers caught out by the frequent sudden closures of Israeli checkpoints.

“You can do all your business over the Internet while waiting for the crossing to open,” he told Reuters. “An employee or a businessman would be able to finish his work while at home, in a cafe or anywhere.”

Still, while cellular operators are pleased that Israel – which under interim peace accords effectively has a final say over allocating radio frequencies in the West Bank – has given the go-ahead, they are disappointed not to jump straight to 4G.

“From an investment point of view it would have been better for us,” said PalTel’s Aker. “But we would have needed another two years of negotiation.”

Though the agreement with Israel covers both the West Bank and Gaza, analysts expect it will only be introduced in the West Bank next year. Gaza, which is controlled by the Islamist group Hamas, will probably come later.

“The agreement does not specify a geographical area, which means in theory it applies to both,” said Abu Daqqa, the former minister and an IT specialist. “But out of experience, Israel will not allow it to work in Gaza.”

Haitham Abu Shaaban, Wataniya’s director of operations in Gaza, said the company was ready to roll out services as soon as it had the green light from the Palestinian Authority.

“We are getting prepared to buy the equipment and put together the required commercial plans,” he said.

Like billions of people around the world, Palestinians are rarely away from their phones.

There is some resentment that, with Israel having introduced 4G this year, the Palestinians are lagging, although some Palestinians retain a sense of humor about it.

“It seemed as if it was meant to be like this: 4G in Israel, 3G in the West Bank and 2G in Gaza,” said one official.—Reuters