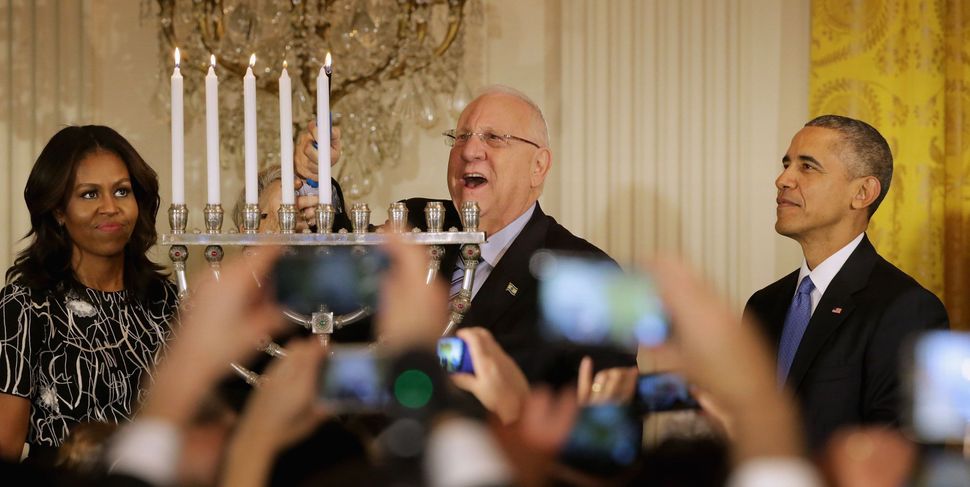 Obama recalled the Alan Gross was freed just in time for last year’s holiday, and noted that Gross was able to attend this year’s party.

“We are happy to have him home here today at the White House,” Obama said, according to the Times of Israel.

The East Room of the White House was crowded with Hanukkah celebrants for the candle-lighting ceremony with Rivlin, who earlier met with Obama.

Rivlin reminded celebrants of the Maccabees’ Hanukkah battle “for liberty, for freedom of religion, for our traditions, for their ability to celebrate their own identity.”

Rabbi Susan Talve of Central Reform Congregation in St. Louis, Missouri, who is known as a progressive activist, called for justice for the Palestinians and security for Israelis in a spirited speech.

Talve also called for racial justice in the U.S. before leading the blessing. 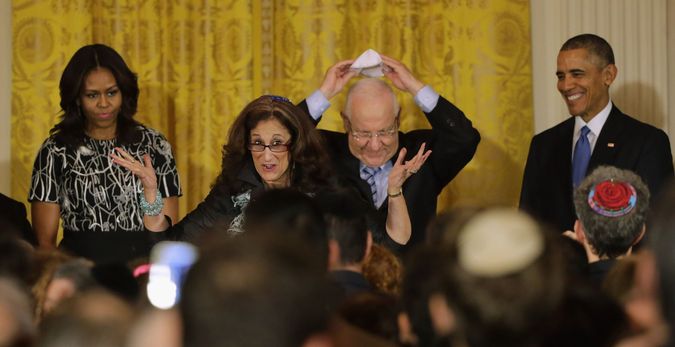