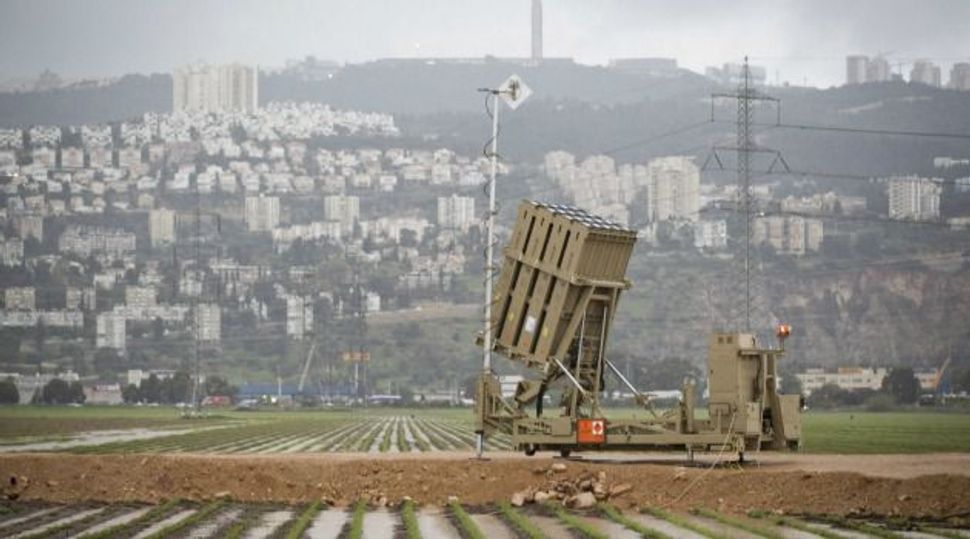 The success was a boost for “Arrow 3,” among Israeli missile defense systems that get extensive U.S. funding. Its first attempt at a full trial, held a year ago, was aborted due to what designers said was a faulty deployment of the target.

“The success of the Arrow 3 system today … is an important step towards one of the most important projects for Israel and Israel Aerospace Industries (IAI) becoming operational,” said Joseph Weiss, IAI’s chief executive officer.

Arrow 3 interceptors are designed to fly beyond the earth’s atmosphere, where their warheads detach to become ‘kamikaze’ satellites, or “kill vehicles,” that track and slam into the targets. Such high-altitude shoot-downs are meant to safely destroy incoming nuclear, biological or chemical missiles.

The Arrow system is jointly developed by state-owned IAI and U.S. firm Boeing Co. and U.S. officials were present for the test. The earlier Arrow 2 was deployed more than a decade ago and officials put its success rate in trials at around 90 percent.

The United States has its own system for intercepting ballistic missiles in space, Aegis, but a senior Israeli official played down any comparison with Arrow 3.

While it “might be true” that the allies were alone in having such proven capabilities, “Israel is not on the level of the U.S.,” Yair Ramati, head of anti-missile systems at the Defence Ministry, told reporters.

Arrow serves as the top tier of an integrated Israeli shield built up to withstand various potential missile or rocket salvoes. The bottom tier is the already deployed short-range Iron Dome interceptor, while a system called David’s Sling, due to be fielded next year, will shoot down mid-range missiles.

Israel’s strategic outlook has shifted in recent months, given the international deal in July curbing Iran’s nuclear program, the depletion of the Syrian army’s arsenal in that country’s civil war and Hezbollah’s reinforcement of Damascus against the rebels. Israel and Hamas fought a Gaza war in 2014 but the Palestinian enclave has been relatively quiet since.

Nonethless, a senior Israeli official said there was no sign of waning government support or weakening U.S. backing for the various missile defense programs.

“Everyone knows that you have to prepare with an eye well beyond the horizon, especially as the enemy’s capabilities improve all the time,” the senior official told Reuters.

In the coming months the Defence Ministry and Israeli military will discuss a possible schedule for deployment of Arrow 3, Ramati said, adding that further tests of the system were expected.