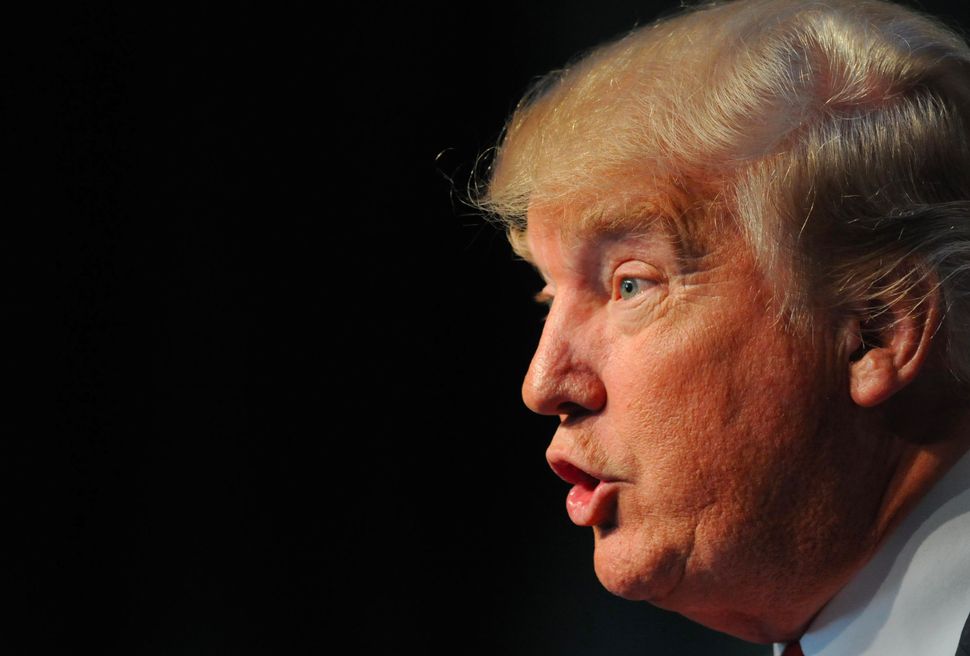 Republican presidential frontrunner Donald Trump has postponed his trip to Israel amid a controversy over comments about temporarily barring Muslims from entering the United States.

Trump announced the decision in a post on his Twitter feed Thursday and said he would plan to meet Israeli Prime Minister Benjamin Netanyahu “at a later date after I become president of the U.S.”

Trump later told Fox News he did so because he didn’t want to put pressure on Netanyahu, who faced calls from Israeli politicians to call off the planned Dec. 28 meeting.

Netanyahu had rejected Trump’s comments about Muslims but said he would still meet with Trump.

Trump, who leads opinion polls in the U.S. Republican nominating race, told Fox News he decided to postpone the visit to Israel because “I didn’t want to put him (Netanyahu) under pressure.”

“I also did it because I’m in the midst of a very powerful campaign that’s going very well and it (the trip) was not that easy to do,” Trump added.

The decision comes just days after Trump provoked an international uproar by calling for Muslims, including would-be immigrants, students and tourists, to be blocked from entering the United States after last week’s deadly shootings in California by two Muslims who authorities said were radicalized.

I have decided to postpone my trip to Israel and to schedule my meeting with @Netanyahu at a later date after I become President of the U.S.

Bibi distanced himself from Trump’s call in a statement Wednesday.

“The prime minister rejects the recent comments by Donald Trump with regard to Muslims. Israel respects all religions and diligently guards the rights of all its citizens,” the statement from Netanyahu’s office said.

It added that the Israeli leader had determined a uniform policy toward meeting all U.S. presidential candidates from both parties who visit Israel.

“This policy does not reflect support for the candidates or for their platforms, rather, it expresses the importance that the prime minister ascribes to the strong alliance between Israel and the United States,” the statement added.

At least 37 mainly Israeli opposition legislators who make up almost a third of the 120-seat Knesset signed a letter to Netanyahu calling on him to cancel the meeting unless Trump withdraws his comments.

Michal Rosin of the left-wing Meretz party, who initiated the letter, said that none of Netanyahu’s Likud party had agreed to sign although some had disagreed strongly with Trump’s words.

White House spokesman Josh Earnest endorsed Trump’s decision to postpone the trip to Israel and said “most people are relieved” that he would not be visiting such a sensitive region.

“The situation in Israel is particularly volatile, and so I think in this case his decision to reconsider that trip is a good outcome for all those involved,” Earnest told reporters.

Trump’s proposal has been condemned by an array of U.S. and global political leaders and human and civil rights groups, as well as many of Trump’s Republican and Democratic rivals for the White House.

In Britain, a petition demanding that Trump be banned from visiting the United Kingdom had gained more than 450,000 signatures on Thursday and was still growing. Trump responded on Twitter with a broadside at Britain, saying “many people in the U.K agree with me.”

“The United Kingdom is trying hard to disguise their massive Muslim problem,” he said. “Everybody is wise to what is happening, very sad! Be honest.”

A Dubai real estate firm building a $6 billion golf complex with Trump, who has extensive business dealings in the Middle East, stripped the property of his name and image amid the uproar over the comments.

The firm, DAMAC Properties, initially said it would stand by Trump, even as another of the billionaire’s Middle East partners, the Lifestyle chain of department stores, halted sales of his “Trump Home” line of lamps, mirrors and jewelry boxes in protest. A DAMAC spokesman declined to comment on why Trump’s image was removed from a billboard outside the project site.

Defense Minister Manohar Parrikar of India, which has more than 170 million Muslims, likened the explosive potential of Trump’s comments to “a nuclear bomb.”

“In India, we have equal rights for everyone and we don’t look toward communities with suspicion,” he told a Washington news conference when asked about Trump. “Those who are radicalized, it’s a different issue; we tackle them separately.”