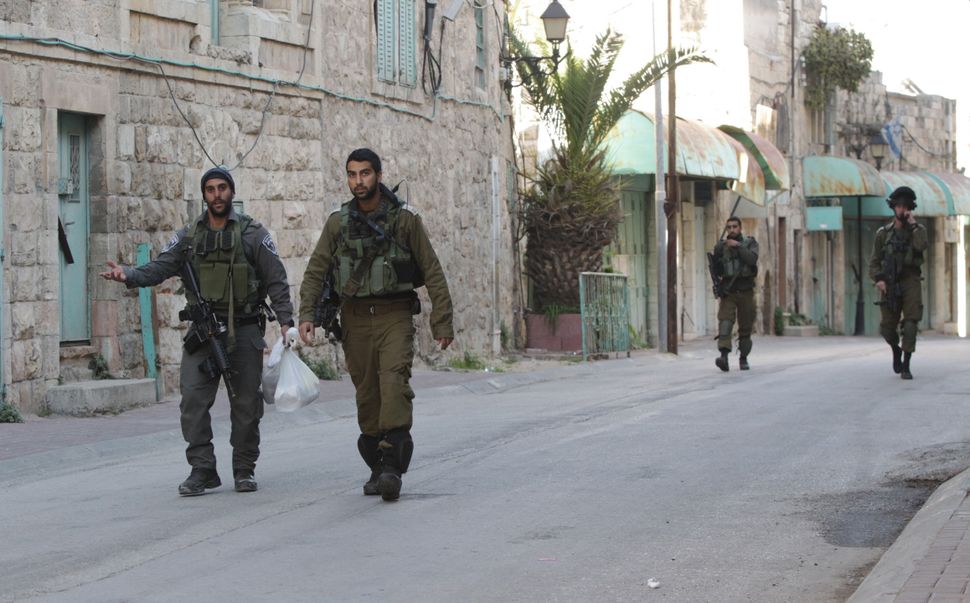 The Israeli army killed a Palestinian who it said tried to ram his car into soldiers near Hebron on Friday, and medics said another Palestinian was shot dead by Israeli forces during a violent demonstration in the flashpoint West Bank city.

A campaign of stabbings, shootings and car-rammings by Palestinians has killed 19 Israelis and a U.S. citizen since the start of October. Israeli forces have killed 109 Palestinians, around two-thirds of whom the army identified as assailants.

The violence spread to the Gaza Strip, controlled by Islamist group Hamas, where Palestinians massed at the fenced-off border with Israel on Friday, throwing rocks at troops beyond. Army gunfire killed a Palestinian, aged 38, and wounded five, Gaza medics said.

Palestinians are frustrated at the failure of long-running peace efforts with Israel and its 48-year West Bank occupation, and many sympathize with Hamas calls for Israel’s destruction.

The bloodshed has also been fueled by Muslim agitation over stepped-up Israeli access to Jerusalem’s al Aqsa mosque complex, which many Jews revere as a vestige of their biblical temples.

Near Hebron, a large West Bank city where anti-Israel hostility is strong, a Palestinian motorist tried to ram troops who then shot him dead, the army spokesman’s office said.

A Palestinian witness described the shooting as potentially unprovoked, as it happened after the car had stopped.

“We saw the martyr’s car parked and he stepped out of it and they fired around 15 bullets at him,” Osama Ahmed Tarawa, who said he was working at a construction site nearby at the time of the incident, told Reuters.

A relative of the dead man gave his age as 55.

The army did not immediately respond to Tarawa’s account. In some previous car-ramming attacks, the driver then emerged to try to stab Israelis.

In the second incident in Hebron, the army said troops fired at Palestinians who attacked them with rocks and petrol bombs after non-lethal riot-dispersal measures failed. Palestinians said a 22-year-old local man was fatally shot in the chest.

Earlier on Friday, Israeli officials said a Palestinian gunman fired at a checkpoint on the northern West Bank boundary, causing no casualties, and was then shot by guards and fled.

The United States, the European Union and the United Nations have expressed concern about the rising death toll, urging both sides to apply restraint, while also recognizing Israel’s right to self-defense in the face of the street attacks