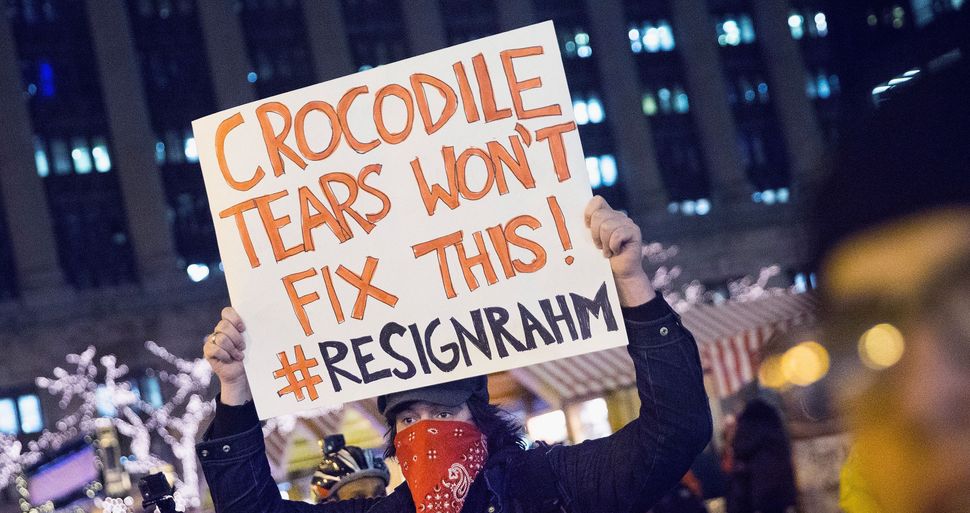 Chicago Mayor Rahm Emanuel faces increased pressure to resign, as local black religious leaders called Friday for a “no confidence vote” against him for the 2014 police shooting of a 17-year-old black teenager and systemic police problems.

Religious leaders, who demanded greater transparency for incidents involving the police, said they plan to collect petition signatures that could help force the mayor’s ouster.

They called for a special prosecutor to investigate the death of Laquan McDonald, who was shot 16 times by white Chicago Police Officer Jason Van Dyke.

The release of a police video of the shooting of McDonald and the Nov. 24 filing of a murder charge against Van Dyke came more than a year after McDonald’s death. That delay was blamed on Emanuel and the top local prosecutor, and has prompted more than two weeks of protests in the nation’s third-largest city.

More protests were planned for Friday.

High-profile killings of black men by law enforcement in U.S. cities have stirred a debate about the use of force by police, particularly against racial minorities.

Hundreds of protesters marched through Chicago streets and staged “die-ins” on Thursday, calling for Emanuel’s resignation a day after he emotionally apologized for the McDonald shooting.

Emanuel has taken steps to reform the police, including setting up a task force to review accountability and a nationwide search for a new police superintendent.

But outrage has mounted over the shooting and police misconduct overall. Two black state representatives have introduced a bill that would allow the mayor to be recalled.

The petition could be filed as an ordinance, said Dick Simpson, a University of Illinois at Chicago political science professor and former Chicago alderman.

The petition also could be brought to an alderman who could file a resolution, Simpson said. But even if the resolution receives a majority vote of the city council, it would not require new elections or the mayor’s resignation.

Bishop Tavis Grant said they plan to deliver the petition to the mayor “so he can feel the pulse of the community.”