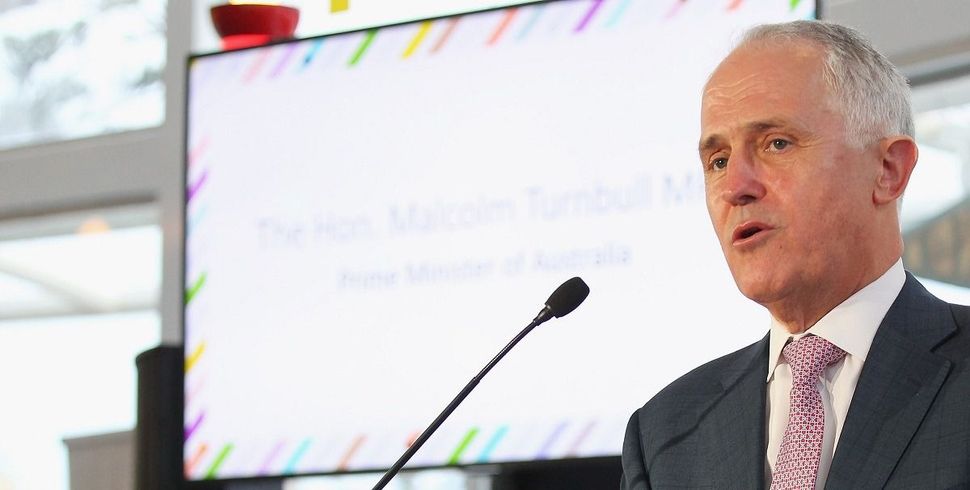 Turnbull lit the shamash and held it during the blessings, passing it to Cantor Shimon Farkas to light the eight candles on Sunday night.

The prime minister spoke to over 500 members of Sydney’s Central Synagogue community about the threat of terrorism and of how information technology would be the next boom in Australia saying the coming boom “is based on a path that Israel has trodden for us and set such a great example.”

Turnbull said that the message of Hanukkah was not only a Jewish message but “one for the whole world.”

Speaking of the terrorism threat facing the world, Turnbull said: “We stand up to this threat not wringing our hands, not frightened…because that’s what the terrorists want us to be. They want us to change the way we live. They want us to change our values. They want us to turn on each other. They want the majority of the population to turn on the Muslim community in Australia. We should do none of that. We have to remain a strong, united, multicultural society standing up for our values. Strength and courage will overwhelm the fear that these terrorists try to inspire in us. We are too strong for them and we will always be too strong for them.”

Following his address, Turnbull joined a group of children to play with dreidles.