A New Jersey rabbi who ran a ring that violently attempted to coerce Jewish men to grant their wives religious divorces has been sentenced to 10 years in prison. 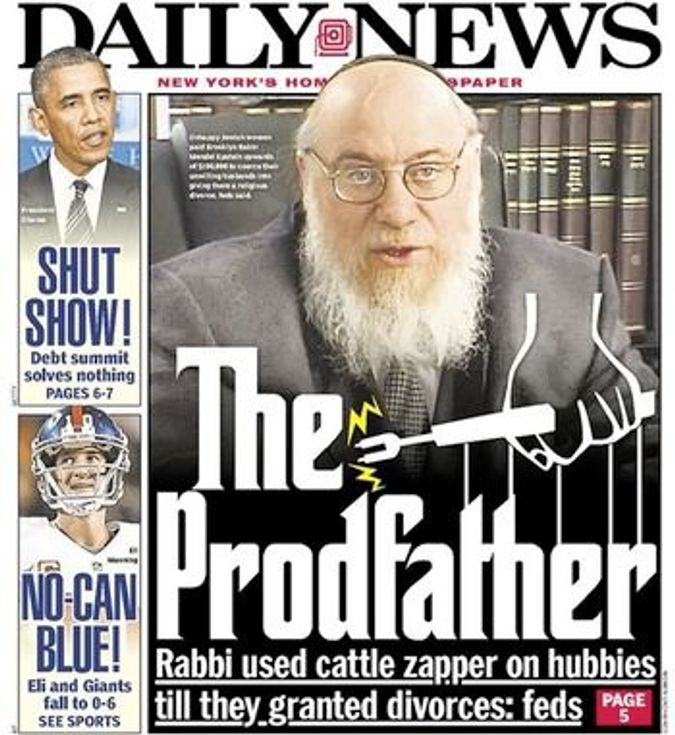 Epstein was one of nine people, two of them rabbis, convicted for their roles in the ring, which for a fee kidnapped and tortured recalcitrant husbands with cattle prods and other weapons.

According to halachah, or Jewish law, a Jewish woman cannot remarry without receiving a Jewish divorce, or get, from her husband. The women who are trapped in such marriages are called agunot, or “chained women.”

The group’s members were busted in an FBI sting operation in 2013.

Epstein, a prominent rabbi in Lakewood, received the most jail time meted out thus far. The Daily News dubbed him the “Prodfather.”

Among the six already sentenced, the longest sentence is four years in prison. On Monday, the other rabbi in the ring, Martin Wolmark of Monsey, New York, was sentenced to 38 months.

During the sentencing hearing, according to NJ.com, prosecutors noted that in conversations recorded by undercover FBI agents, Epstein boasted about using a cattle prod and other tools to pressure recalcitrant husbands.

In a 10-minute speech to the judge, Epstein said he was “embarrassed and ashamed” at what he said in those conversations and insisted he had been motivated not by money but by a compassion for agunot.