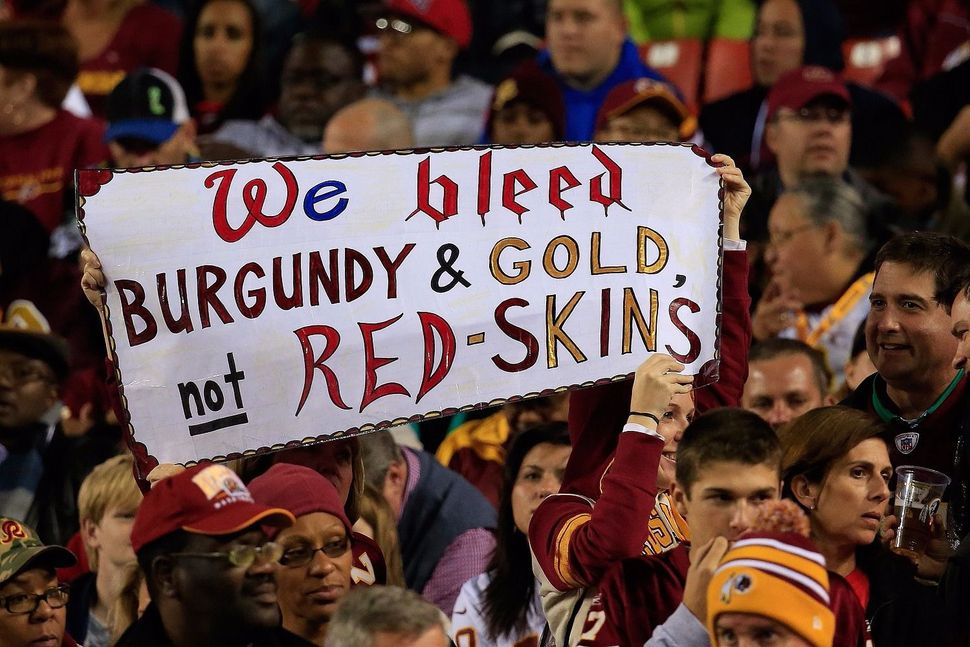 Two top Reform movement groups reiterated their call on the NFL’s Washington Redskins to change the team’s name and logo.

“’Redskin’ is a racial slur that references the deplorable treatment of American Indians that has been a significant part of this country’s history,” Rabbi Jonah Pesner, who heads Reform’s Religious Action Center, said in a letter delivered Monday to the franchise’s headquarters by the group Change the Mascot.

“The logo, seemingly attempting to draw upon the archetype of an Indian warrior, blatantly mocks a culture that struggles to survive,” said the letter addressed to owner Dan Snyder, who is Jewish. Snyder in the past has called on Jewish groups to defend him against what he perceived to be anti-Jewish slurs.

Also writing to the team was the Reform movement’s Central Conference of American Rabbis.

“The intransigence of Redskins ownership is appalling, particularly in light of the tremendous offense that Native American Indians continue to experience as a result of the team’s inappropriate, insulting name,” said the letter signed by Rabbi Denise Eger, the CCAR president, and Rabbi Steven Fox, its CEO.

Reform bodies for decades have advocated for the team to change its name. The Anti-Defamation League has also repeatedly called for a name change.