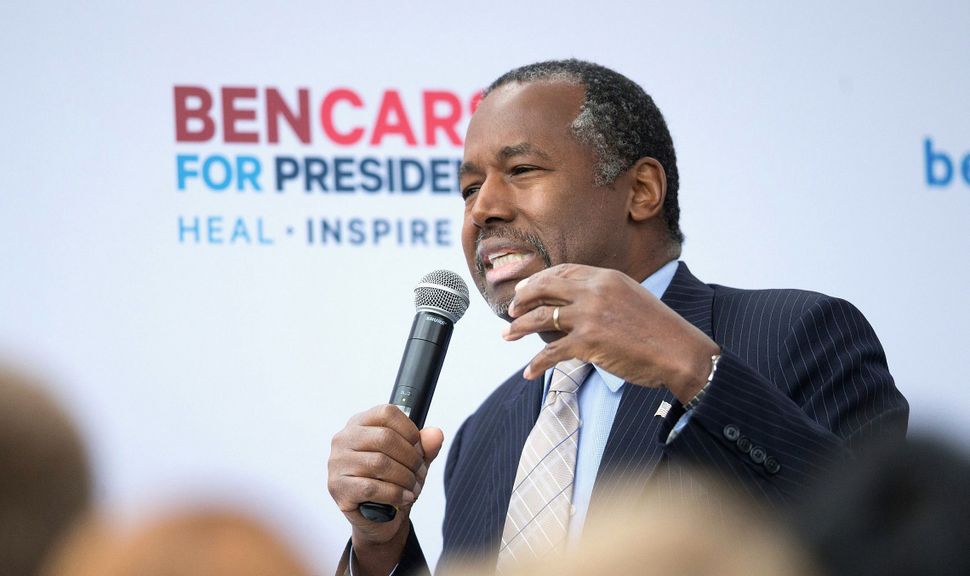 Carson had been scheduled to travel to Israel on Dec. 27 and meet with Israeli government officials, and then travel to Kenya, Zambia and Nigeria, returning to the United States on January 2, 2016, according to the Washington Post.

“The trip has been cancelled due to significant security concerns,” campaign spokesman Doug Watts said in a statement Thursday. He did not say what the concerns were.

“They were of such a nature that we found it prudent not to put anyone at any kind of risk,” Watts also said.

Carson, a retired pediatric neurosurgeon, is a member of the Seventh-Day Adventist church. He has built a strong following among Christian conservatives, many of whom also strongly support Israel and its right-wing government.

But Carson has been criticized for a lack of foreign policy experience, and for odd statements like his claim that the Egyptian pyramids were built to store grain.