3 Palestinians Killed in Clashes With Israel 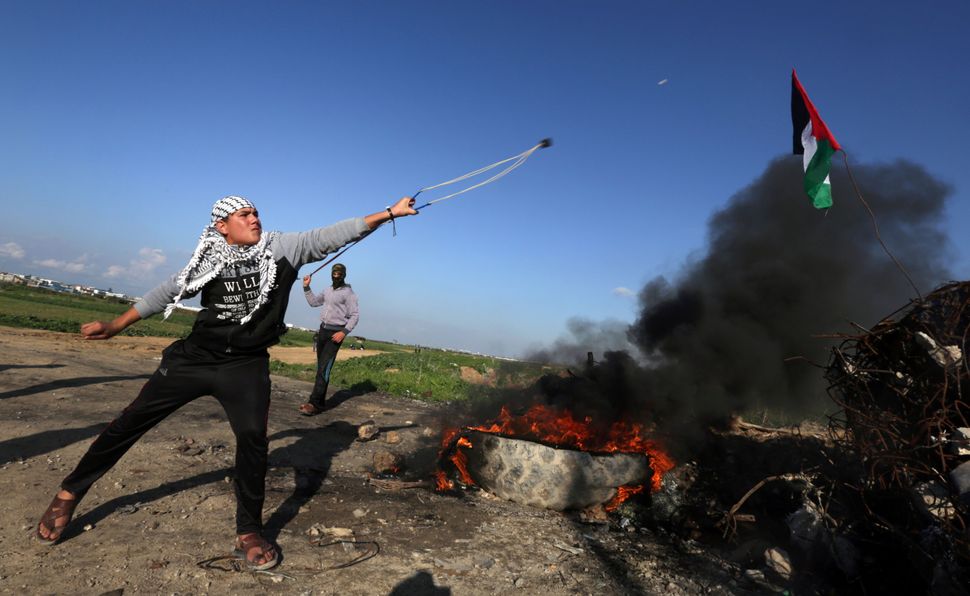 Israeli soldiers shot dead a Palestinian who tried to ram them with a car and another who took part in a violent demonstration in the occupied West Bank on Friday, the military and medical officials said.

In the Gaza Strip, Israeli army fire killed another Palestinian during a border protest, medics said.

A campaign of stabbings, shootings and car-rammings by Palestinians has killed 19 Israelis and a U.S. citizen since October. Israeli forces or armed civilians have killed at least 117 Palestinians, 69 of whom authorities described as assailants.

The army said a motorist tried to run over Israeli soldiers during a violent demonstration by Palestinians near the West Bank town of Silwad. An Israeli police spokeswoman said the Palestinian had a knife with him in the car.

In the West Bank city of Ramallah, medical officials said a Palestinian was shot and killed by Israeli troops during a violent protest.

Israel maintains a no-go buffer zone near the Gaza fence in what it describes as a precaution against Palestinian infiltration or ambush attempts. The army said it discovered and defused two improvised explosive devices on the fence on Friday.

Another Palestinian was shot and wounded by Israeli police on Friday during a car-ramming attempt at the West Bank checkpoint of Qalandia, a police spokeswoman said.

The surge in violence has been partly fueled by Palestinian frustration over the collapse of U.S.-sponsored peace talks in 2014, the growth of Jewish settlements on land they seek for a future state and Islamist calls for the destruction of Israel.

Palestinians are also angry over stepped-up Jewish visits to Jerusalem’s al-Aqsa mosque compound, which is revered by Muslims as Islam’s third holiest site and by Jews as the location of two destroyed biblical-era temples.

3 Palestinians Killed in Clashes With Israel