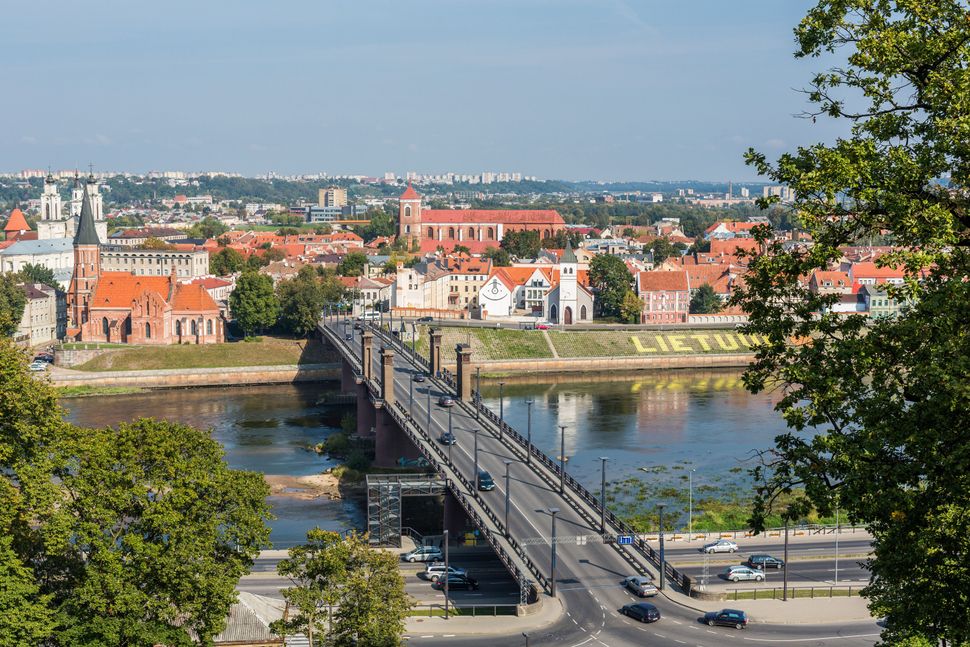 Lithuania’s second-largest city named a park for Emmanuel Levinas, a late Jewish philosopher who was born there before moving to France.

Levinas, whose writings greatly influenced Bernard-Henri Levy, another French Jewish thinker, was honored by the city council of Kaunas on Monday, the news site Jewish.ru reported.

Born to a Jewish family in 1905, Levinas left for France at the age of 18. His relatives who remained in Kaunas were all murdered by the Nazis during the Holocaust.

Kaunas already has a street named for Levinas and memorial plaque on the place of his birth.

In February, Jewish Lithuanians and the Simon Wiesenthal Center criticized the municipality for allowing ultra-nationalists, some displaying swastikas and other fascist symbols, to march through the city, in which German Nazis and locals killed more than 10,000 Jews in one day.

Separately, last week Authorities in Kiev, Ukraine, returned 13 Torah scrolls to the local Brodsky Synagogue. The scrolls were confiscated by communist authorities and kept for decades at the Kiev’s Central Historical Archive despite repeated requests that they be returned.

On Dec. 13, the Brodsky Synagogue, led by Rabbi Moshe Azman, held a gala celebrating Hanukkah and the return of the Torah scrolls.