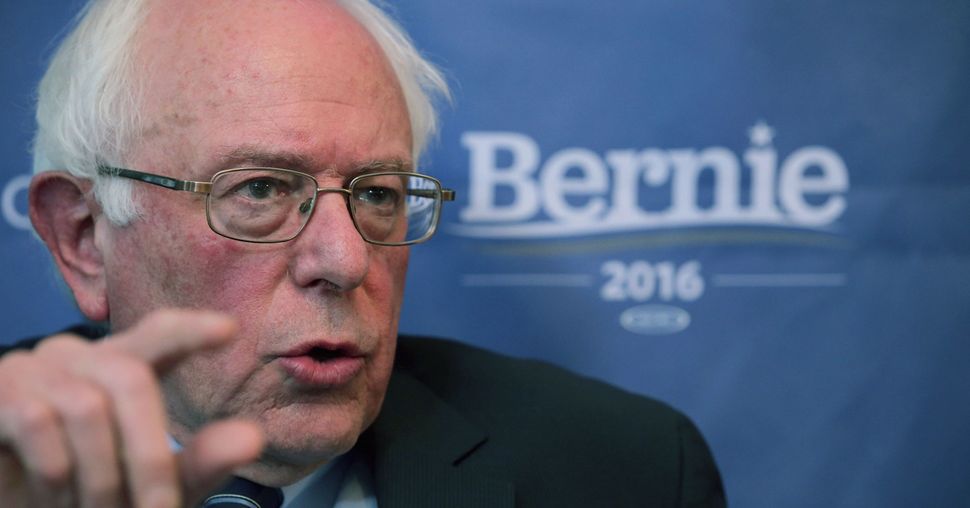 The lawsuit in U.S. District Court accused the DNC of improperly suspending the campaign’s access to voter data and sought immediate restoration of the access.

The uproar in the campaign for the November 2016 election came one day before a debate between the presidential rivals, fueling rising tensions and longstanding complaints from Sanders and his liberal allies that the DNC is trying to help Clinton, particularly by limiting the number of debates and scheduling them on low-viewership periods like Saturday nights.

“In this case it looks like they are trying to help the Clinton campaign,” Sanders campaign manager Jeff Weaver said at a news conference, accusing the DNC of taking the Sanders campaign “hostage.”

“We need our data, which has been stolen by the DNC. That’s what we want back,” Weaver said.

The Sanders campaign said the breach of the confidential files, which contain information such as past voting and donation history, was an isolated incident and blamed it on the DNC’s software vendor, Washington-based NGP VAN, which the campaign said has dropped the firewall between the various Democratic candidates’ data more than once.

DNC Chair Debbie Wasserman Schultz defended the punishment against Sanders in a CNN interview, saying his campaign had acted in an “inappropriate, unacceptable” manner and had downloaded the information.

“To get to the bottom of it we are going to ask the Sanders campaign to participate in an independent audit,” she said. “I hope they will agree to that.”

The incident comes at a bad time for Sanders, the U.S. senator from Vermont who is trying to stop the heavily favored Clinton from running away with the party’s 2016 presidential nomination. Sanders has been lagging behind Clinton, with 29 percent support to her 60 percent in recent Reuters/Ipsos polling.

Stu Trevelyan, chief executive officer of DNC software vendor NGP VAN, acknowledged the breach in a statement but said his company is not aware of any previous reported incidents of data being “inappropriately available.” He called the breach a “brief isolated issue” that was fixed and is now being reviewed.

According to his LinkedIn account, Trevelyan is a former campaign and White House staffer for Hillary Clinton’s husband, former President Bill Clinton.

Josh Uretsky, the Sanders campaign staffer fired for accessing the voter file, told MSNBC that his intent was to document and understand the scope of the problem so it could be reported.

“To my knowledge, we did not export any records or voter file data that were based on those scores,” he said.

Sanders supporters were outraged by the DNC’s response to the breach.

“I think the DNC’s crossed the line and it’s going to open up a whole new part in the campaign season,” said RoseAnn DeMoro, executive director of National Nurses United, a liberal group that endorsed Sanders. “I think this is a gloves-off moment.”

Another liberal group, Democracy for America, rushed to Sanders’ defense.

“The Democratic National Committee’s decision to attack the campaign that figured out the problem, rather than go after the vendor that made the mistake, is profoundly damaging to the party’s Democratic process,” said Charles Chamberlain, Democracy for America’s executive director.—Reuters

He said DNC leaders “should immediately reverse this disturbing decision before the committee does even more to bring its neutrality in the race for president into question.”