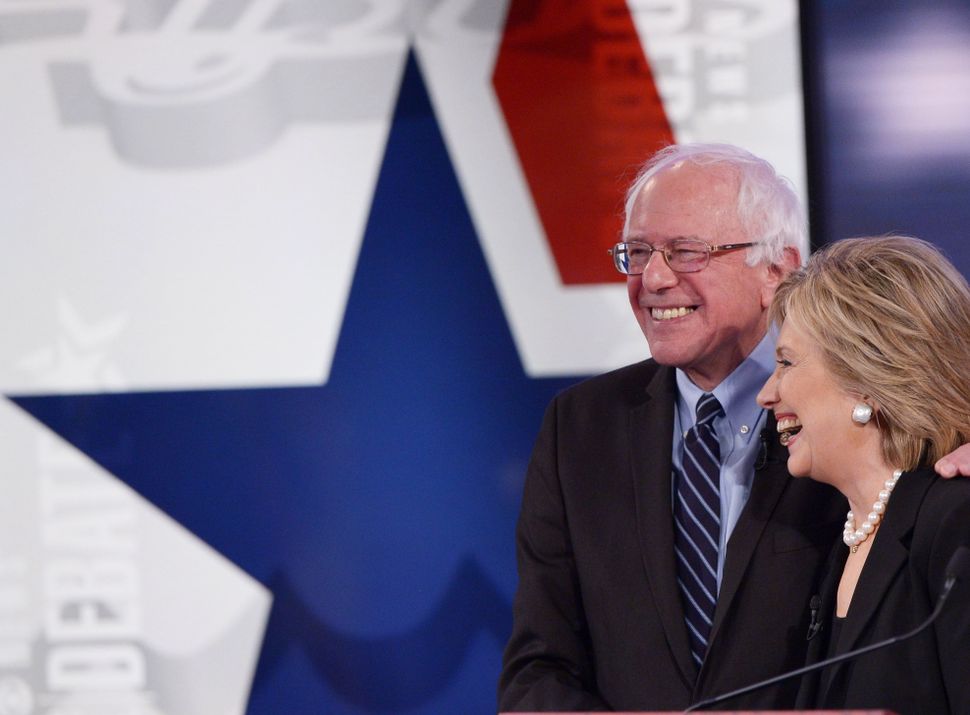 MANCHESTER, N.H. – U.S. Democratic front-runner Hillary Clinton and rival Bernie Sanders square off in a potentially combative debate on Saturday, one day after their presidential campaigns erupted in a bitter feud over an improper breach of Clinton voter files by a Sanders staffer.

The rising tension at the debate between two rivals who have largely refrained from attacking each other comes at a crucial moment for Sanders, who is trying to erase Clinton’s lead in the November 2016 Democratic White House race just six weeks before the first nominating contest in Iowa.

On Friday, Sanders filed a lawsuit to force the Democratic National Committee to restore access to his voter files, which the DNC had blocked after the Sanders campaign improperly accessed files generated by the Clinton campaign. The DNC and Sanders reached a late-night deal restoring access for Sanders.

The moderators of tonight’s ABC News debate, which begins at 8 p.m., will no doubt try to get the two candidates to renew that fight on the stage at the debate, where Sanders already had signaled his intention to turn up the heat on Clinton on foreign policy issues.

The debate is the party’s first since the deadly Dec. 2 attacks in San Bernardino, California, and Sanders also is eager to explore his differences with the former secretary of state on issues like her support for a no-fly zone in Syria and her 2011 advocacy for regime change in Libya, his campaign said.

“She comes off as more hawkish on some of her foreign policy ideas,” said Michael Briggs, a spokesman for Sanders. “He is going to point out those differences very clearly.”

Sanders could be running out of time to catch Clinton, who holds a double-digit lead in national polls and a smaller polling edge in Iowa, which kicks off the race on Feb. 1. She narrowly trails the U.S. senator from Vermont in neighboring New Hampshire, the second state to vote.

Sanders likely needs a win in both states to mount a serious challenge to Clinton, who will be heavily favored in the next state contests in Nevada, South Carolina and in a “Super Tuesday” round of voting in 11 states on March 1.

“The reality for Sanders is he’s only got a couple more shots to change the dynamic of the race,” said Democratic strategist Chris Kofinis. “The only choice he’s got is to shake the race up.”

Clinton, Sanders and former Maryland Governor Martin O’Malley, who lags badly in polls, will participate in the debate in Manchester, New Hampshire, which begins at 8 p.m. EST (0100 GMT Sunday) and will be televised nationally by ABC News.

As an experienced front-runner, Clinton is unlikely to get drawn into a fight, said Kathleen Sullivan, a former chairwoman of the New Hampshire Democratic Party and a Clinton supporter.

“She’ll be fine. She isn’t going to focus on Bernie Sanders or Martin O’Malley. She’s just going to deliver her message and stay on point,” Sullivan said.

The television viewership is almost certain to be relatively small, given its timing on the Saturday night before Christmas. Less than 9 million viewers watched last month’s Democratic debate on a Saturday night. The Republican debate earlier this week drew more than 18 million viewers. (Reuters)