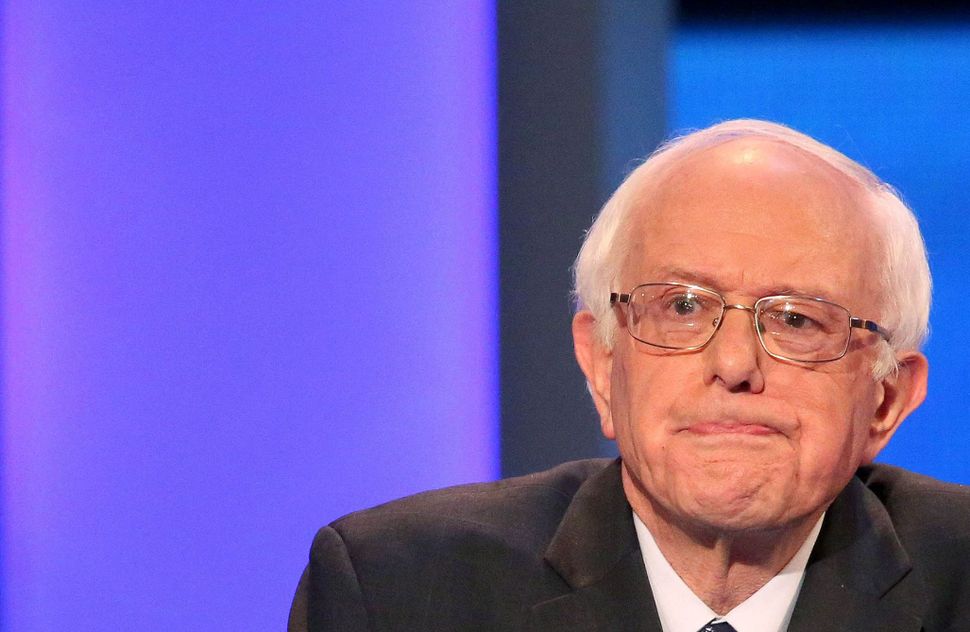 U.S. Democratic presidential candidate Bernie Sanders apologized to front-runner Hillary Clinton at a debate on Saturday for a breach of Clinton voter files by a Sanders staffer that intensified tensions between the two camps.

The Sanders campaign also suspended two staffers in connection with the breach, a campaign spokesman said after the ABC debate, following the firing of its top data director after reports of the incident surfaced late on Thursday.

“Yes, I apologize,” Sanders said when asked about the controversy by debate moderators. The Vermont senator, however, renewed his criticism of the Democratic National Committee for freezing access to his own voter files until the issue was resolved late on Friday and called it an “egregious act.”

“What the DNC did arbitrarily without discussing it with us is shut off our access to our information, crippling our campaign,” Sanders said. He vowed to fire any additional staffers found to have been involved in the breach.

Clinton, whose campaign said its chief rival made a number of breaches into Clinton computer files, accepted the apology and said it was time to move on.

“I very much appreciate that comment, Bernie,” the former secretary of state said. “Now that I think we’ve resolved your data, we’ve agreed on an independent inquiry, we should move on. Because I don’t think the American people are all that interested in this.”

The rising tensions over the breach came at a crucial moment for Sanders, who is trying to erase Clinton’s lead in the November 2016 Democratic White House race just six weeks before the first nominating contest in Iowa.

But the issue was dismissed within the first minutes of the debate and did not come up again in a more than two-hour event that focused on foreign policy, gun control and taxes. — Reuters