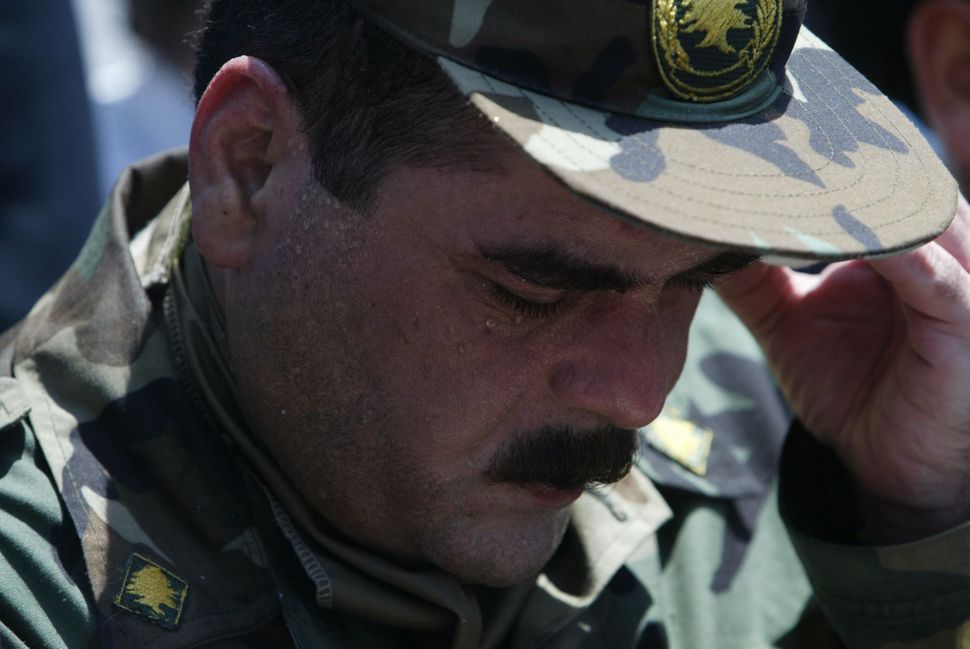 BEIRUT — Lebanese militant leader Samir Kuntar was killed in an Israeli strike that hit a building in the Damascus district of Jaramana in the early hours on Sunday, the Lebanese Hezbollah group and Syrian government loyalists said.

The powerful Lebanese Hezbollah group said Kuntar (alternatively spelled as Qantar) was martyred in an Israeli aerial raid on a residential district of the Syrian capital Damascus but gave no details.

An Israeli cabinet minister welcomed on Sunday the killing of Kuntar but stopped short of confirming allegations that Israel was responsible.

Israel released Kuntar, a Druze, in 2008 as part of a prisoner swap with the Lebanese Shi’ite Hezbollah group and he is believed to have joined the group since.

He was welcomed as a hero in Beirut and he married a Lebanese Shi’ite woman from a Hezbollah family.

Israel has struck Syria several times since the start of the war five years ago, mostly destroying weaponry such as missiles that Israeli officials said were destined for Hezbollah, Israel’s long-time foe in neighboring Lebanon.

After his release, Kuntar kept a low public profile. But it is believed that he had become a commander in Hezbollah, which has sent hundreds of its members to fight alongside forces loyal to President Bashar al-Assad.

However, it was not immediately clear what role Kuntar, born in 1962, plays in the fighting in Syria

His brother Bassam Kantar had earlier mourned him on his Facebook page without giving details about his death, but said his brother was a martyr.

“With pride we mourn the martyrdom of the leader Samir Qantar and we are honored to join families of martyrs,” Bassam Kantar said on his Facebook page.

Syria’s state media, which did not mention Kuntar, blamed “terrorist groups” for the attack and said it caused casualties.

But government loyalists said the explosions were an Israeli strike believed to have killed Qantar, who is reviled in Israel for a 1979 attack that killed four people.

The National Defence Forces in Jaramana, which are part of a nation wide grouping of loyalist Syrian militias under the umbrella of the army, mourned Kuntar and one of its commanders on its Facebook page.

“His body has been sent to a Damascus hospital moments ago,” it said.

In January, an Israeli strike in Syria killed six members of Hezbollah, including a commander and the son of the group’s late military leader Imad Moughniyah in the province of Quneitra, near the Israeli-occupied Golan Heights.

Syrian government loyalists blamed Israel for the attack on Sunday.

“Two Israeli warplanes carried out the raid which targeted the building in Jaramana and struck the designated place with four long range missiles,” the NDF in Jaramana Facebook page said.

Jaramana is a bastion of government support and is the home of many of Syria’s Druze minority as well as Christians. — Reuters