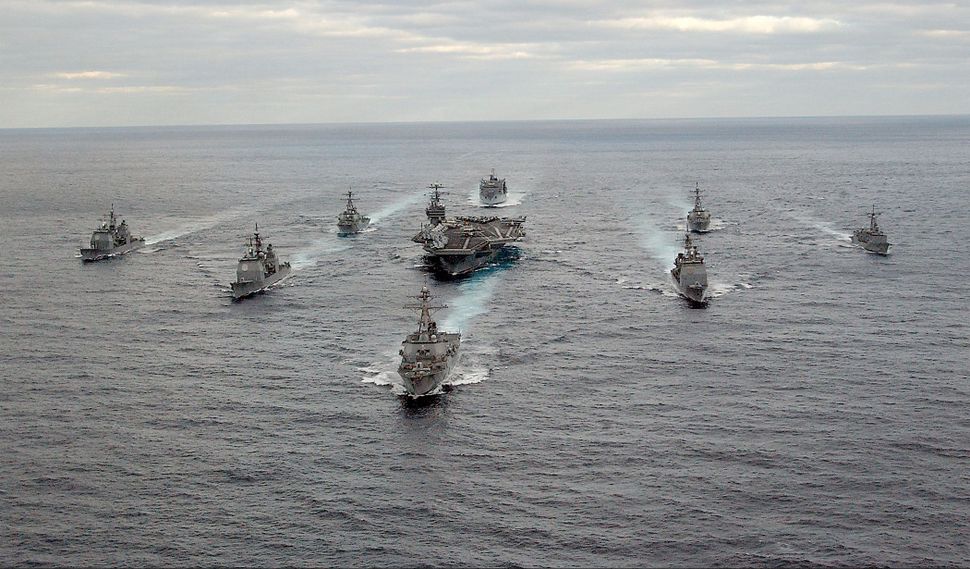 Two Jewish organizations called for a review of U.S. security practices after a dentist who worked for the Navy was denied security clearance on account of immediate family members who live in Israel.

Gershon Pincus, a resident of New York City, was initially cleared to work one day a week at a Navy dental clinic in Sarasota Springs, N.Y. Pincus, 60, took the work and the 400-mile round-trip commute, he said, in part because he wanted to do something for his country.

Upon further review, Pincus was denied clearance, according to a report last week in the Wall Street Journal. Pincus’ familial ties to Israel were cited in denying his clearance.

“You have weekly telephone contact with your mother and brother in Israel,” said a “Statement of Reasons” based on information from interviews conducted with Pincus by the Office of Personnel Management. “You added your mother, sister and brother may have contact with neighbors in Israel. Foreign contacts and interests may be a security concern due to divided loyalties or foreign financial interests, may be manipulated or induced to help a foreign person, group, organization or government in a way that is not in U.S. interests, or is vulnerable to pressure or coercion by foreign interests.”

Pincus is appealing the denial. The Orthodox Union and the American Jewish Committee on Friday called for a review.

“The notion that an American Jew, a citizen of the United States, could be accused of having ‘divided loyalties’ and therefore be denied security clearance and lose his job, simply because he has family members who live in Israel, is outrageous and offensive,” Martin Nachimson, the O.U. president, said in a statement.

“This questionable practice resurrecting the shopworn canard of dual loyalty has been taking place for years, over several administrations,” Marc Stern, the general counsel for the AJC, said in a separate statement. “For the good of the country, it is high time that it be brought to an end.”

Denial of security clearance to Jews with relatives in Israel has been reported for decades, although it seems to be applied randomly, with some applicants denied and others sailing through. In recent years, Jewish community professionals and Jews with ties to the security services have said that the practice has eased.

Lawyers who specialize in appealing denials of security clearance say Muslims are much more likely than Jews to be denied security clearance, including those whose families live in countries allied with the United States.