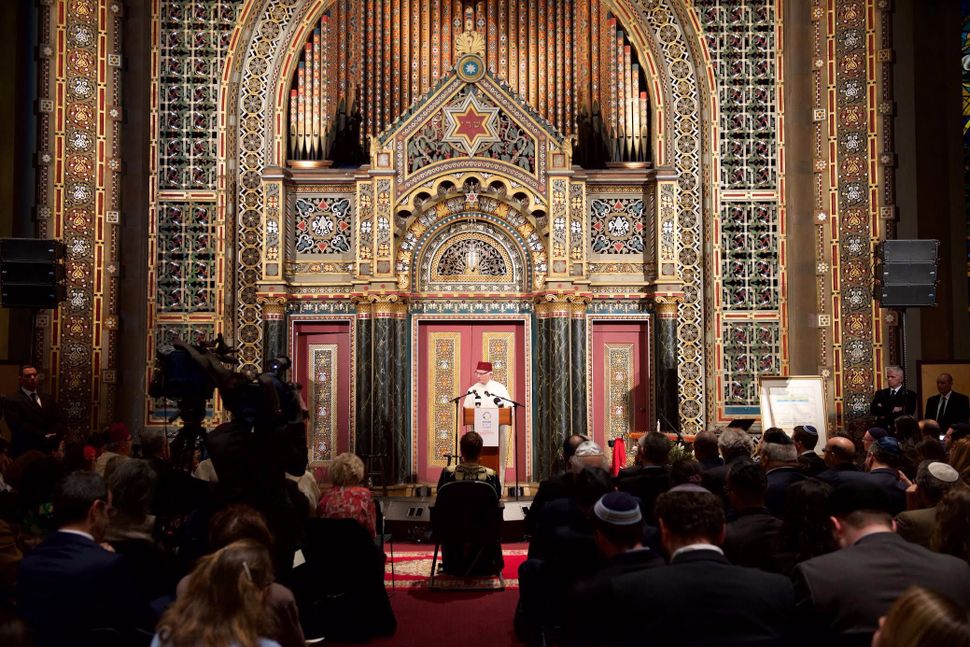 But the 700 people who crowded the sidewalk on West 88th street weren’t there for services. Or for a wedding. Or a late-night bar mitzvah.

They came to celebrate a king — a Moroccan king, to be exact.

The ceremony, organized by the KIVUNIM: The Institute for World Jewish Studies as part of their three-day 10th anniversary conference, celebrated the creation of The Reverend Martin Luther King Jr. – Rabbi Abraham Heschel Award and its first recipient, the late King Mohammed V of Morocco, who protected the country’s 250,000 Jews from the occupying Vichy French forces and the Nazis during World War II.

In the early 1940s, Morocco was still a French protectorate controlled by the pro-Vichy government. When, in 1941, the occupying forces attempted to enact legislation discriminating against Jews, the king — only 32 at the time — refused. “There are no Jews in Morocco, only subjects,” Mohammed V reportedly said.

“Thanks to the strong decision of the sovereign, [the] Moroccan Jewish community was neither detained nor deported or murdered in concentration camps,” said Serge Berdugo, secretary general of the Jewish communities of Morocco and ambassador-at-large. “All Moroccans, Jews or Muslims, enjoyed his full protection.”

This award, Berdugo continued, represents the American Jewish community’s ”recognition of the deep convictions, the moral approach and brave policy,” of the late ruler, who died in 1961. 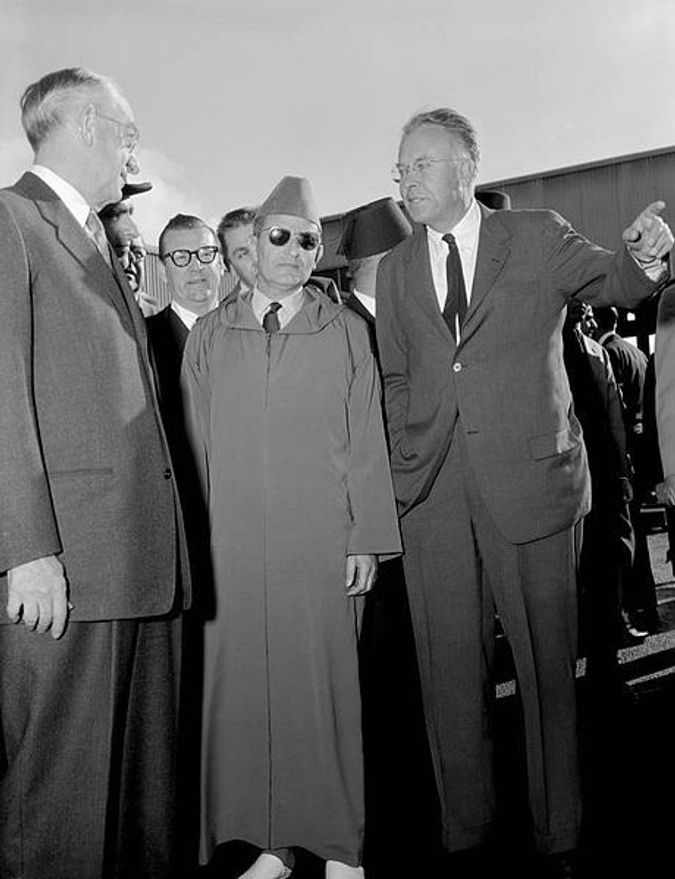 Peter Geffen, founder and executive director of KIVUNIM, a gap-year program which allows students to travel around the world to learn about Jewish life in the diaspora, was overjoyed by the turnout.

“Here you have a majestic story that we have all allowed to remain unknown,” he said. “This story has the power to inspire, and challenge the entire way we view a situation and a people.”

Princess Lalla Hasna, Mohammed V’s granddaughter and sister to Morocco’s King Mohammed VI (and wearing a caftan of Jewish embroidery), accepted the award designed by Jay Greenspan. KIVUNIM alumni also presented the princess with a “khata” scarf of the Buddhist tradition given to the organization by the Dalai Lama.

Andre Azoulay, a Jewish advisor to the king, read out an official speech on his behalf.

“Speaking to you as 2015 draws to a close, I am sure you realize that my understanding of the honor bestowed on the Kingdom of Morocco tonight is more than a mere reminder of an exemplary page of history written more than 70 years ago,” he said.

“Today, we need, more than ever, to ponder the lessons and relevance of this part of history in order to stand up more forcefully to the deadly aberrations of those who are hijacking our cultures, our faiths and our civilizations. We are living at a time and in a world in which the collective imagination of our societies is too often impaired, not to say poisoned, by regression and archaism. By capitalizing on the depth and resilience of the legacy left by my revered grandfather His Majesty Mohammed V, we can, together, set out to recover the lost expanses of reason and mutual respect which have vanished from many parts of the world.”

The king’s words are especially timely. In October, JTA reported that the Simon Wiesenthal Center “expressed concern at what it described as a proliferation of expressions of anti-Semitism in Morocco” after a pro-Palestinian demonstration in Casablanca featured men dressed as Orthodox Jews being led away to a fake execution. In 2013, two bills aiming to criminalize trade with Israel were introduced to the country’s Parliament. Neither one has been passed into law.

KIVUNIM students travel to twelve countries each year, including India, Greece, Turkey, Germany, Hungary, Czech Republic and, of course, Morocco. In 2011, KIVUNIM co-sponsored the first Holocaust conference in the Arab world with the Mimouna Foundation, their Muslim student partners, at Al-Akawayne University in Ifrane, Morocco.

“I’m honored to be here with KIVUNIM,” he said. “The hundreds of American Jews who, through KIVUNIM, have studied Arabic, learned about the Islamic religion, studied about and traveled to Morocco — where, most importantly, they have built lasting relations with people who are at once so different and so much the same as themselves. This is a message of hope to all people of goodwill today.” 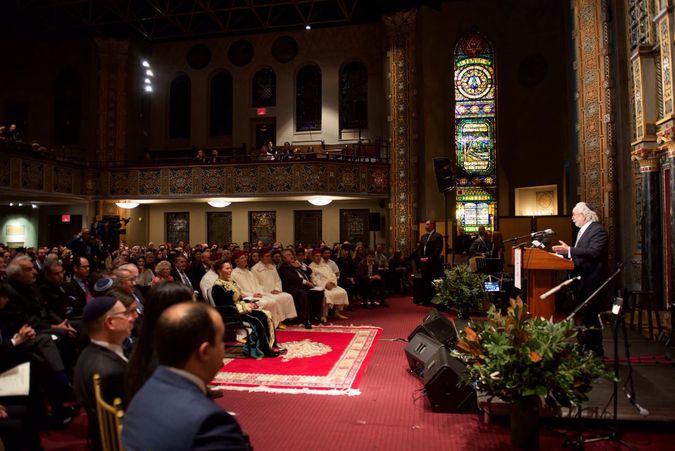 A joint concert of Jewish and Arabic music by David Broza and Mira Awad wrapped up the celebration.

For Geffen, Sunday’s event summed up his organization’s mission to create a “differently informed Jew for the future of the world.”

“We are among the most intellectual of peoples and our diaspora has been the most enriching experience in our people’s history,” he said. “This is not the end, this is the beginning.”