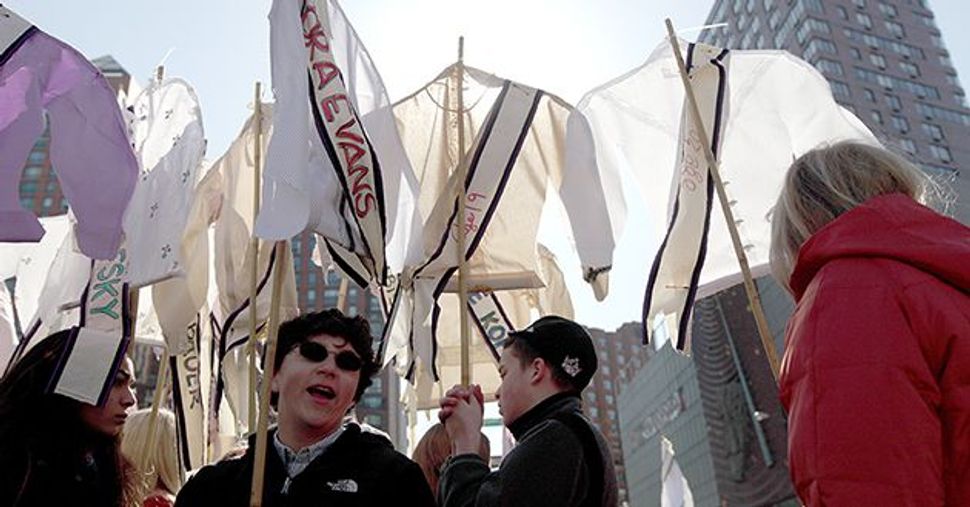 The New York Times reported Monday that the memorial will consist of steel panels on the former Triangle building in New York City. The building in the Greenwich Village neighborhood of Lower Manhattan now houses New York University biology and chemistry labs.

One of the worst industrial disasters in U.S. history, the fire claimed the lives of 146 garment workers, many of whom were young Jewish women who recently immigrated to the United States. The tragedy led to legislation that addressed factory safety standards and other labor reforms.

“I’m excited about doing this,” New York Gov. Andrew Cuomo told the Times. “It raises so many of the issues we’re talking about today, like female empowerment. This state has always been a beacon for progressive government policies — on labor rights, women’s rights, how we treat immigrants.”

The memorial’s panels will feature the victims’ names stenciled in the metal along with a narrative explanation of the fire.

“When I was young, I would hear about the Triangle fire,” Cuomo said. “But unfortunately it has faded from memory. It’s one of the formative experiences in how we developed our reform movement. It’s a powerful lesson that young people should study today.”

The $1.5 million will come from economic development funds.