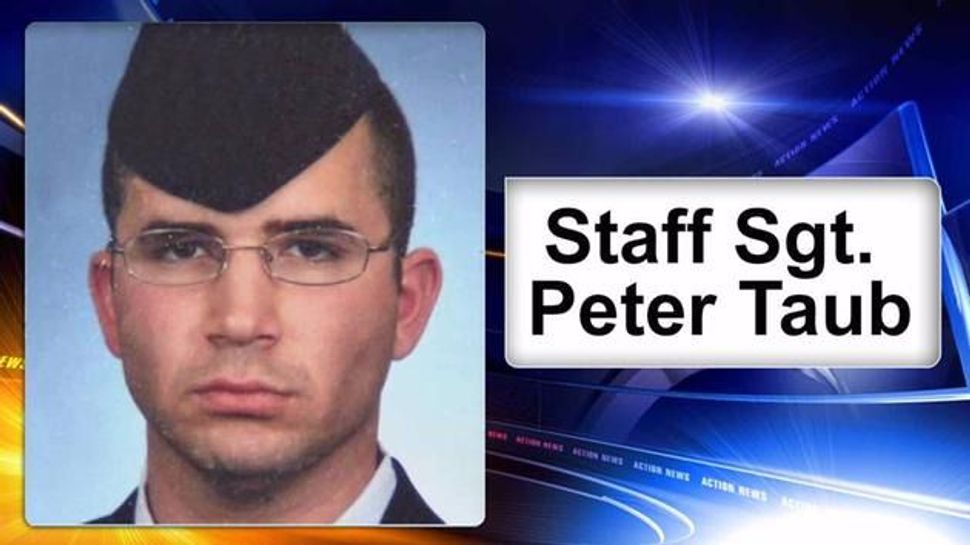 A Jewish airman from Philadelphia who planned on joining his family’s restaurant business was among six troops killed in a suicide bomb attack in Afghanistan.

Staff Sgt. Peter Taub, 30, died Monday of wounds suffered when a suicide bomber on a motorcycle attacked a patrol near Bagram Air Base. Taub was assigned to the Air Force Office of Special Investigations, the Pentagon said in a statement Tuesday.

An official of the Jewish Federation of Greater Philadelphia confirmed that Taub was Jewish.

“We will be closed for the remainder of the week due to a loss in the family,” said a message read by Wagner on the shop’s phone line.

Taub was married and his wife was pregnant with their second child, according to the Washington CBS affiliate, WUSA9.

Wagner told The Associated Press in a brief interview that Taub hoped to join the business on his return.

“He and his brother had plans for a farm and raising herbs and different things for expanding the restaurant or new concepts — lots of things that are not going to happen,” she said.