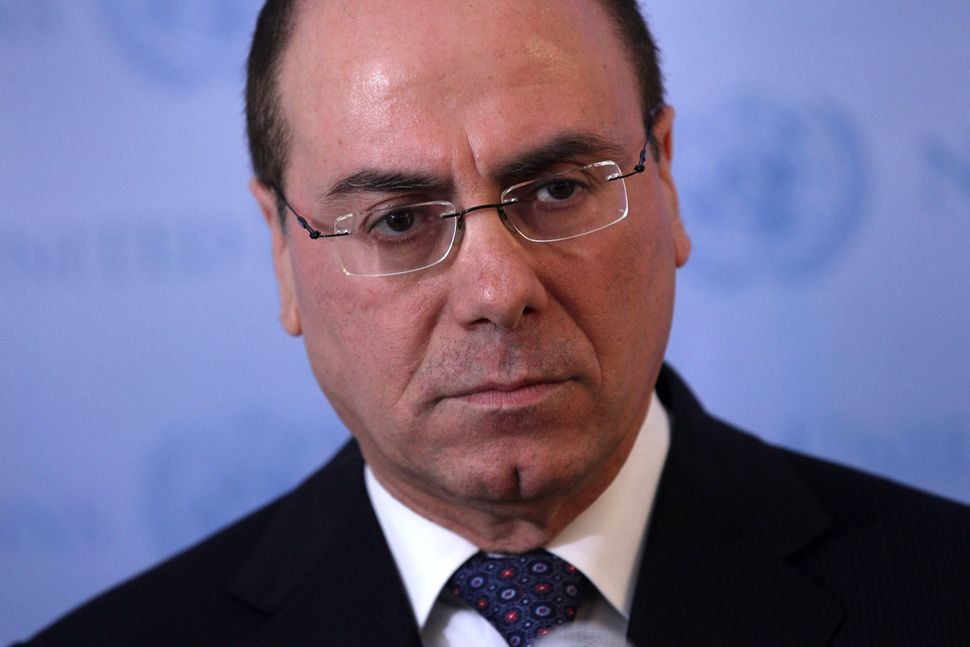 Shalom gave his resignation letter to Knesset Speaker Yuli Edelstein on Thursday. He met Edelstein in the Tel Aviv area after avoiding the Knesset since he announced Sunday that he would resign, the Jerusalem Post reported.

“According to article 40 of Basic Law: The Knesset, I hereby inform you of my resignation from my membership in the Israeli Knesset,” the letter said, according to the Post.

At least 11 women have come forward to accuse Shalom of sexual assault or of forcing himself on them. The allegations first came to light earlier this month in a report in the Israeli daily Haaretz.

Attorney- General Yehuda Weinstein has ordered an investigation into the allegations.

Shalom served as a Knesset lawmaker for 23 years.

“I am weary of the suffering that has been parceled out to my family, my wife, my children and my elderly mother,” Shalom said in a statement Sunday. “My family fully supports me, but there is no justification for the price demanded of them. For these reasons I have decided to quit my position as a minister and Knesset member.” He continues to maintain his innocence.

Amir Ohana, 39, will be sworn in early next week to fill Shalom’s seat for the Likud Party in the Knesset. A major in the Israeli army reserves and a former member of the Shin Bet security service, Ohana will be the fourth gay lawmaker to serve in the Knesset, and the first from Likud.