How One-Armed U.S. Soldier Fought His Way Back Into the Israeli Army

Image by (Courtesy of Izzy Ezagui)

JERUSALEM (JTA) — The hardest part was loading the assault rifle.

That’s not because he was a newbie, unaccustomed to the workings of a Tavor rifle. Rather, 1st Sgt. Izzy Ezagui had lost an arm in combat. 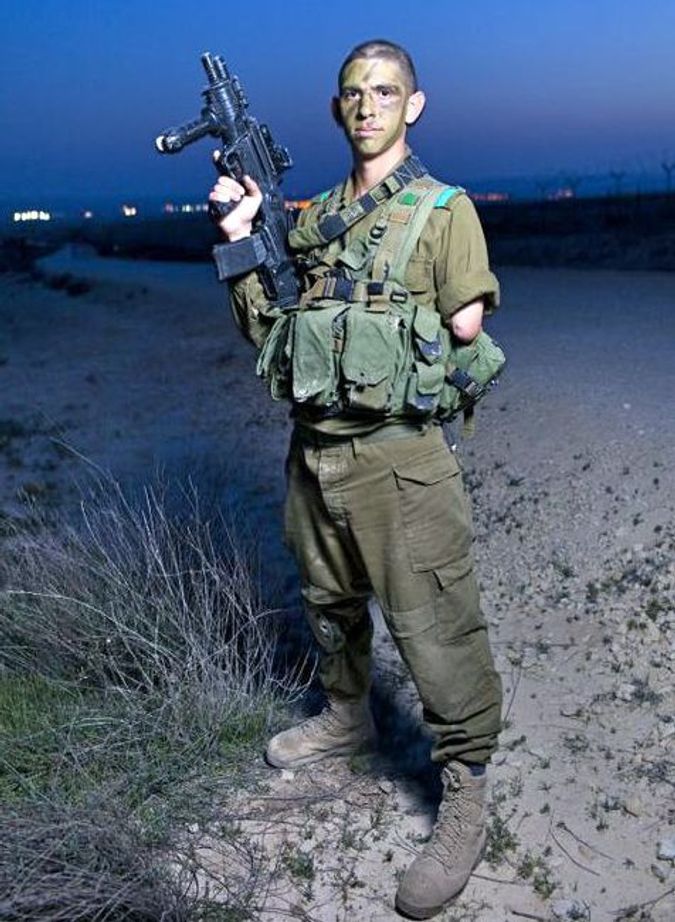 He’d overcome seemingly insurmountable bureaucratic hurdles and got a posting on a base in the Negev. And so his next challenge began: He had to prove he could still fight.

Ezagui is the only combat soldier with an amputation to serve as an officer in the Israel Defense Forces reserves. For him, returning to the army meant proving to himself that his life could still be the same — even with a single arm.

“It’s a weird thing to send a guy with one arm into combat,” he told JTA. “I was so excited to go back and erase the damage that was done.”

But the most challenging element of his recovery wasn’t physical. It was convincing the army to let a one-armed soldier go back to war.

“When I woke up, everything was difficult,” Ezagui said. “Whether by force or innovation, there was always a solution waiting for me. I imagined that would translate to combat as well.”

Ezagui, now 27, grew up in a Chabad community in central Florida. He moved to Israel with his family in 2007 and enlisted in the IDF in 2008. He was stationed on the southern border that December, about to take part in Israel’s invasion of the Gaza Strip, when a mortar shell hit him, knocking him out and ripping off his dominant left arm.

Not long after he came to at the Soroka Medical Center in Beersheva, Ezagui said he resolved to fight again in the army. Ezagui is a Zionist and feels an obligation to serve. But he said his main motivation for returning to the IDF was a desire to restore his old life as much as possible.

“I feel whole when I’m back,” he said. “I don’t feel held back because of what happened, but I thought for sure I would never see combat again.”

IDF officials were also sure Ezagui could never re-enlist. After his injury, a string of officers visited him in the hospital. He asked every one of them to help him get back in uniform, but they all said it would be impossible.

Then he met Maj. Gen. (res.) Yoav Galant, then head of the IDF Southern Command. Galant took Ezagui’s aspirations seriously, and pushed his request through IDF bureaucracy. He also took Ezagui into his home, hosting him for a Passover seder the spring following his injury.

“Not just getting back into the army, but getting into the army as a combat soldier would be something illogical,” said Galant, who is now Israel’s housing minister. “But he was determined, with a lot of willpower.”

About a year after his injury, in December 2009, the IDF agreed to reinstate Ezagui on one condition: That he pass all the tests combat soldiers take during their training. Ordinary privates get eight months to pass the tests; Ezagui got just one.

“I made sure to come off very secure in the fact that it would work, and I’m pretty sure I fooled everyone,” he said. “I probably fooled myself too.”

Ezagui had to complete tasks ranging from climbing a rope to throwing a grenade. He lived on an army base while he trained, and climbed a rope outside a cafeteria before every meal. To unpin his grenade with one hand, Ezagui wrapped scotch tape around the pin and pulled it out with his teeth.

Then there was loading that rifle. It’s a task soldiers learn in basic training — and with two hands, it’s not that hard. Hold the rifle, put the magazine in, snap it into place.

But without an extra hand to stabilize the rifle, the magazine would pop back out as soon as he loaded it. Over and over, he tried to load the Tavor single-handedly; he attempted the drill so many times at one point that he had to rest his remaining arm in a sling.

After a week of failure, Ezagui realized there was only one way to complete the task: Prop the rifle up on the ground, brace himself and press the stump of his amputated left arm into the gun, holding it in place.

It hurt; phantom pain shot through him as the rifle’s jagged edge cut into the stump. He fought to stave off a blackout. But after a few seconds, a shot of adrenaline coursed through his body. With the extra energy, Ezagui loaded the gun, rested it on his shoulder and hit his targets.

“If I kept pressing, that darkness would dissipate, and I was boosted with adrenaline,” Ezagui said. “I was shooting better because of the injury. I was seeing the target clearer. Time was slowing down. What started out as a flaw became a potent weapon for me.”

Ezagui passed all the tests without a hitch. He served until December 2011, spending much of that time in Hebron.

When he was called back on reserve duty in 2012 for the next round of fighting in Gaza, he found himself once again stationed on the border. The troops ended up not invading, but the setting brought Ezagui back to his 2008 injury. 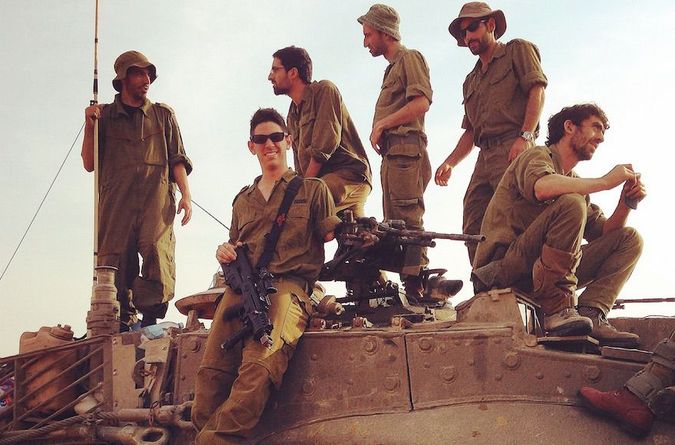 “We were lying on the concrete in sleeping bags, ready to go in whenever they tell us,” he said. “I heard the snores of all the reservists, and I was just thinking, ‘holy crap, there are so many things I haven’t done in life, and I may not be able to do them.’”

Following his service, Ezagui traveled to Thailand, where he worked as a bartender. He began giving speeches in the U.S. in 2012. He now lives in Brooklyn, New York, and is writing a memoir.

Ezagui still comes back to Israel for reserve duty every year — something most male Israeli veterans do until age 40 or 45 — completing exercises and trudging through the mud with the rest of his unit.

“It’s a part of who I am today,” he said. “I’ve done so much, it was such a struggle to make it back. It would feel like a waste to not continue.”

How One-Armed U.S. Soldier Fought His Way Back Into the Israeli Army