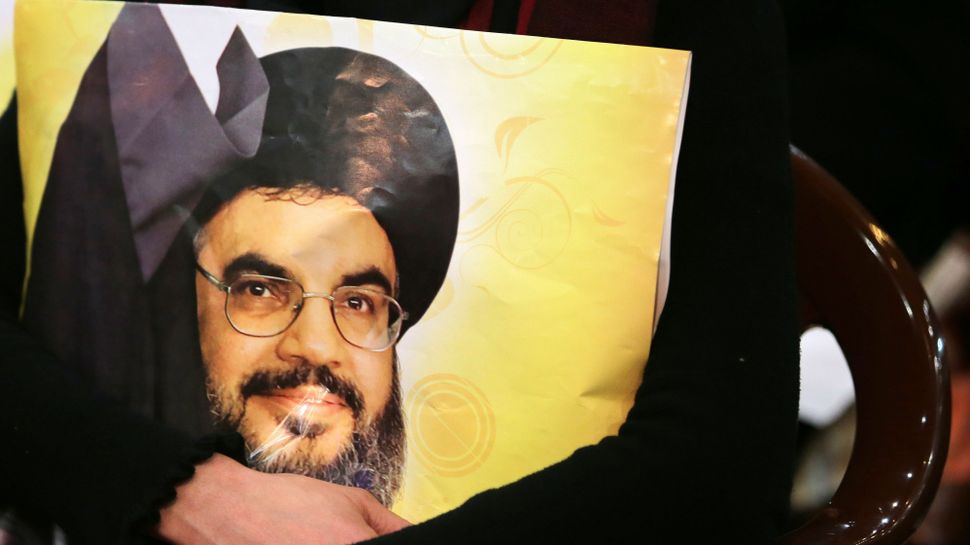 BEIRUT — The leader of Lebanon’s Hezbollah group said on Sunday that Israel miscalculated by killing prominent militant Samir Kuntar in Syria last week, saying that retaliation for his death was inevitable, whatever the consequences.

Sayyed Hassan Nasrallah, speaking in a ceremony to mark a week since Kuntar’s death in a strike in a residential quarter of Damascus, said Israelis should brace themselves for a response either inside or outside Israel.

“The Israelis should be justifiably worried… They should be worried along the border, inside (Israel) and outside,” he said.

“The response is coming no matter what … We cannot forgive the shedding of our mujaheddin blood by the Zionists … anywhere in the world,” he said. Israel has welcomed Kuntar’s death, but has not confirmed it carried out the air strike that killed him.

Yaalon said Hezbollah should be mindful of the 2006 Lebanon war, when Israel responded to a spate of cross-border attacks by the militant group with a large-scale ground, air and sea offensive.

Kuntar (a/k/a Qantar) was jailed in Israel for his part in a 1979 raid in Israel that killed four people when he was a member of a Palestinian militant group. Kuntar was repatriated to Lebanon in 2008 in a prisoner swap with Hezbollah, which he then joined.

Nasrallah for the first time acknowledged that Kuntar had played a key role in creating a “popular resistance” in Syria against what he said were Israeli designs on the Syrian Golan Heights. Hezbollah is fighting on the side of President Bashar al-Assad in Syria’s civil war.

Syrian state media said Kuntar was involved in a major offensive earlier this year in Quneitra, near the Israeli-occupied Golan Heights.