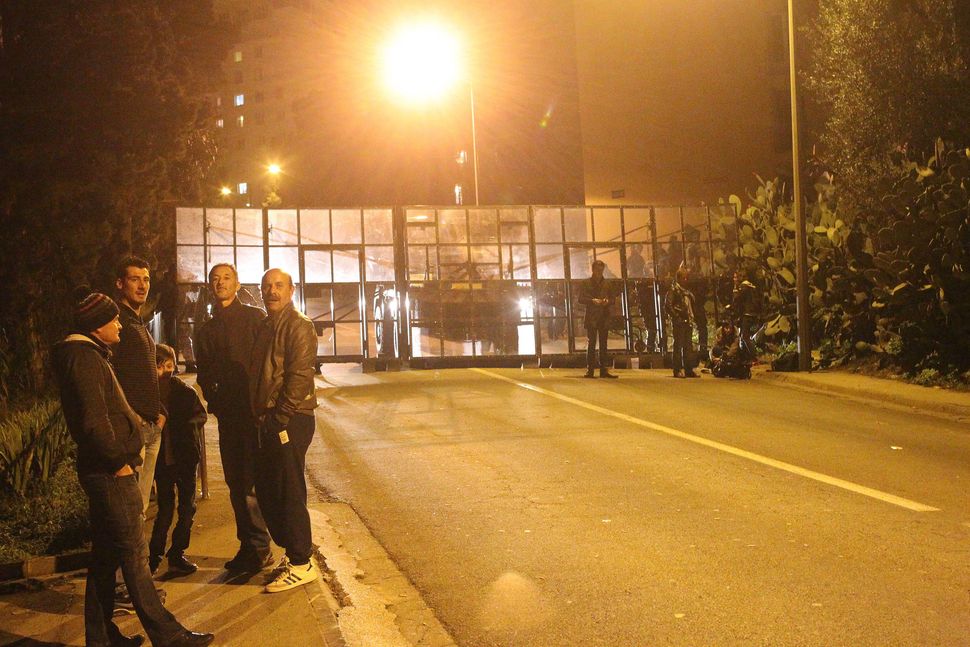 The umbrella group of French Jewish communities condemned rioting at a mosque on the French island of Corsica, which occurred following an assault on two firemen there.

The events referenced in the statement by the CRIF umbrella group Saturday occurred in the Corsican municipality of Ajaccio on Christmas Day. Demonstrators ransacked a Muslim prayer hall and attempted to burn copies of the Koran, police said, following a night of violence that left two firefighters and a police officer injured.

They were wounded in Jardins de L’Empereur, a low-income neighborhood of the city when they were “ambushed” by “several hooded youths,” authorities said, according to France24.

Following “attacks on firefighters, and the desecration of a Muslim house of worship in Corsica, CRIF condemns firmly these anti-republican actions,” the group’s communications department wrote on Twitter Saturday.

In France, the term “anti-republican” is used to describe actions or opinions deemed contrary to the values of the French republic.