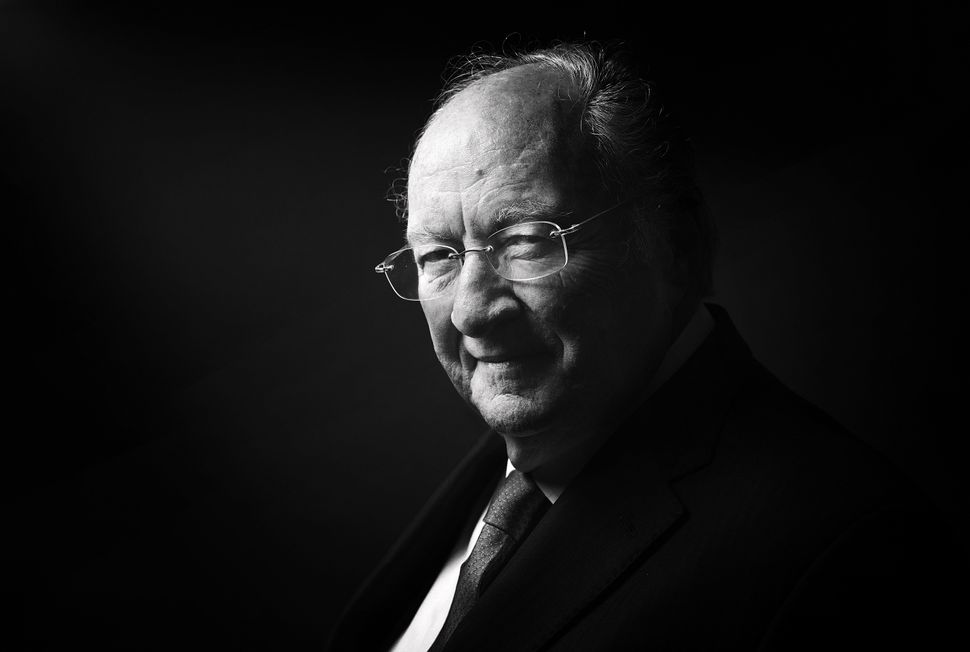 French Jews accused the medical group Doctors without Borders of glorifying Palestinian terrorism in a photo exhibition on militants, which opened with municipal assistance.

Roger Cukierman, president of the CRIF umbrella group of French Jewish communities, last week asked the municipality of Paris to deny its facilities for the group’s exhibition titled “In Between Wars.” It nonetheless opened on Dec. 23 at the Maison des Métallos, a cultural space that belongs to the municipality and is funded by the local government.

The exposition “can only augment anti-Semitic violence and the terrorist threat,” CRIF wrote in a statement. On Twitter, Cukierman wrote: “We are crying still for 130 dead but for Doctors without Borders, terrorist are martyrs. Shocking.”

The exhibition features pictures and informational text on the Israeli-Palestinian conflict. A text attached to the exhibit says the dispute began with Zionism’s “goal of creating a Jewish state in Palestine.” The word is a reference to the British Mandate of Palestine, but in France today is mostly used to designate the West Bank and Gaza.

Part of the exhibition focuses on a 26-year-old Nablus resident who has been incarcerated in an Israeli jail three times and whose brother is still imprisoned. His father also was jailed and all his uncles, one of them for life – a penalty which is usually given for murder. The text does not say why they were imprisoned but described Israeli jails as having “degrading, humiliating” conditions and torture.

One of the photos shows the Arabic-language poster of a Palestinian terrorist who died in an attack on Israelis. He is described in the poster as a martyr.

The exhibition further focuses on Doctors Without Borders’ work in Gaza following Israeli strikes. It mentions neither Hamas’ targeting of Israeli civilians or its use of Gaza medical facilities to fire rockets on southern Israel.

Mego Terzian, the president of Doctors without Borders, told the AFP news agency he “understands the controversial nature” of the exposition but added that Cukierman “acted irresponsibly” and his accusations “are outside the norms of public discourse and unacceptable.”