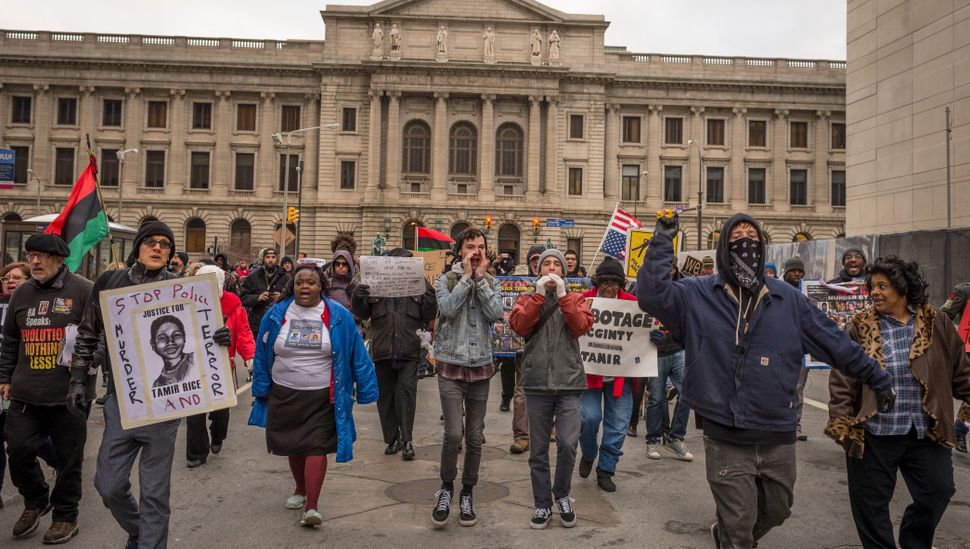 The Anti-Defamation League’s Cleveland office called on the U.S. Justice Department to “deepen its investigation” of the Tamir Rice case after a grand jury failed to indict two city police officers involved in the fatal shooting of the 12-year-old African-American boy.

“Tamir Rice’s death is a tragedy that, along with too many other cases, have shone a spotlight on important issues of bias, police-community relations and the criminal justice system, that we as a civil, just society cannot afford to overlook or ignore,” Anita Gray, the office’s regional director, said in a statement Monday after the grand jury’s announcement.

The grand jury cleared two Cleveland police officers of the November 2014 shooting after hearing weeks of testimony. The officers said they mistook a toy gun that Tamir was playing with in a local park for an actual weapon. The case has spurred a deep mistrust of police and other officials by the black community in Cleveland.

“Public safety – everywhere – requires trust between law enforcement and the communities they are sworn to protect,” Gray said in the statement. “In the wake of the grand jury’s decision not to indict the police officers involved in the shooting, we urge the Department of Justice to continue and deepen its investigation into the case.”