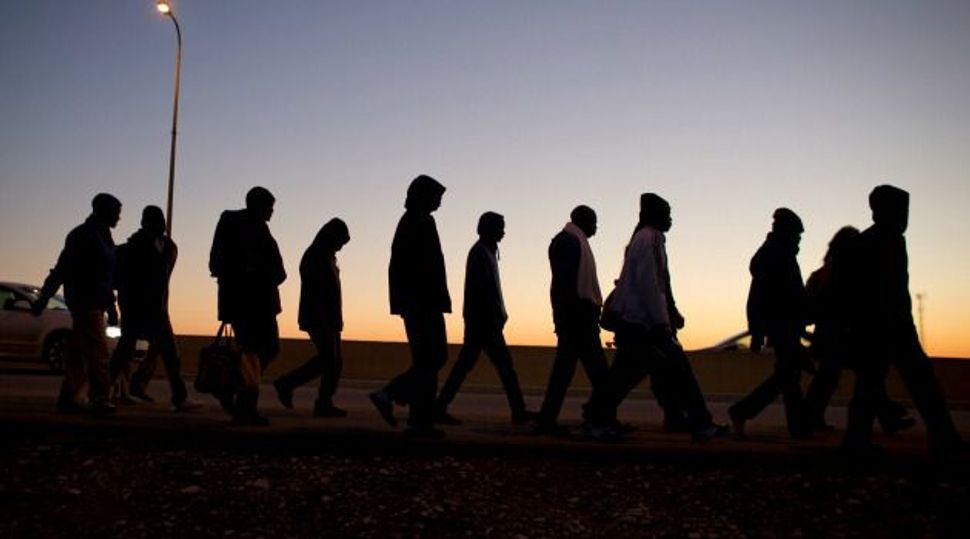 Israel has run out of space in its detention center designated for migrants and asylum seekers who have entered the country without documentation.

Inmates are permitted to leave the Negev facility during the day, but are required to check in each morning and evening. Because it is the only detention facility run in the manner, the government — which has ordered hundreds of people to report to the facility in the coming months — has no other place to assign them, according to Haaretz.

In August, Israel’s Supreme Court ruled that illegal migrants can be detained for no more than a year.

According to government figures cited by the Times of Israel, an estimated 47,000 illegal immigrants are currently in Israel, almost all from the African countries of Eritrea and Sudan. The majority have settled in south Tel Aviv. Most traveled to Israel via Egypt and claim refugee status, but Israel has granted asylum status to only 1 percent of the immigrants.