Kosher-Certified Marijuana Products Are Hitting the Market in 2016 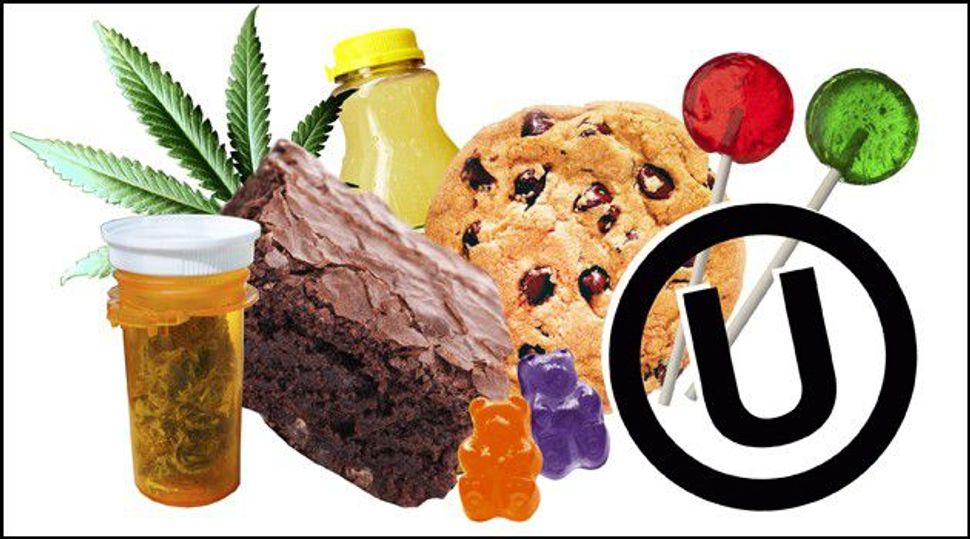 Kosher High? Rabbis are ready to put their stamp of approval on medical marijuana. But is it kosher for Passover? Image by anya ulinich

A New York company is preparing to market what it says is the world’s first kosher-certified marijuana.

“Being certified kosher by the OU will not only help us serve the dietary needs of the largest Jewish community in the United States, but also combat unfortunate stigmas associated with medical cannabis,” Vireo CEO Ari Hoffnung said in a statement. “Today’s announcement sends an important message to New Yorkers of all faiths and backgrounds that using medical cannabis to alleviate pain and suffering does not in any way represent an embrace of ‘pot’ culture.”

Rabbi Menachem Genack, CEO of the O.U.’s kashrut department, said in a statement that Vireo’s medical cannabis products “were developed to alleviate pain and suffering in accordance with the New York State Compassionate Care Act.”

The statement adds, “Using medical cannabis products recommended by a physician should not be regarded as a ‘chet,’ a sinful act, but rather as a mitzvah, an imperative, a commandment.”

Vireo operates a facility in the upstate town of Perth and will open four retail dispensaries in January, including two in the New York City area.

Kosher-Certified Marijuana Products Are Hitting the Market in 2016