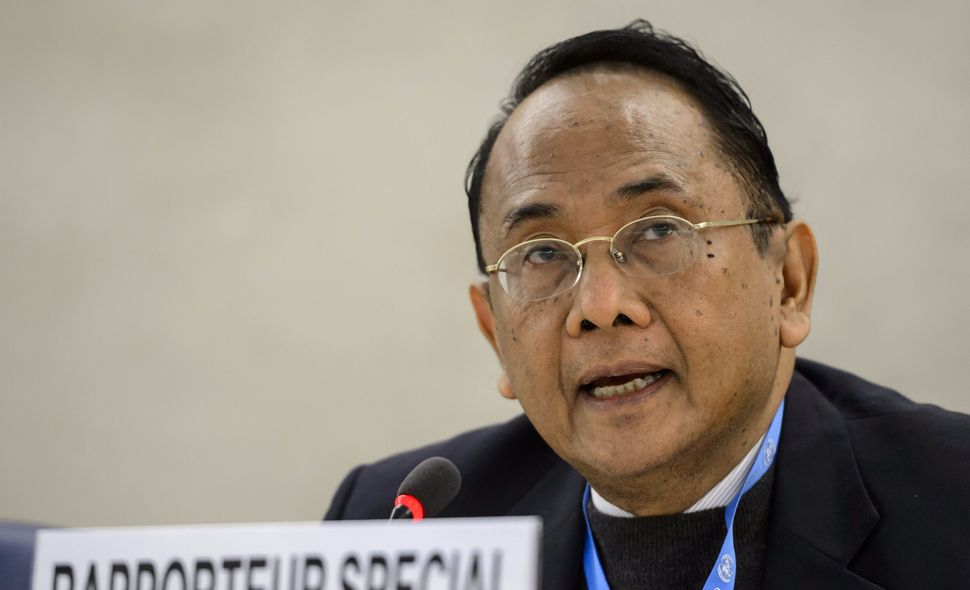 The U.N. investigator for human rights violations in the Palestinian territories resigned on Monday, saying that Israel had reneged on its pledge to grant him access to the West Bank and Gaza.

Makarim Wibisono, United Nations special rapporteur on the situation of human rights in the Palestinian territories, said that his repeated oral and written requests for access had gone unanswered over 18 months.

In a statement announcing his resignation, Wibisono, who reports to the U.N. Human Rights Council, voiced “deep concern at the lack of effective protection of Palestinian victims of continuing human rights violations and violations of international humanitarian law.”

Israel has long rejected the post of the independent investigator for the territories, accusing the 47-member state forum of bias against the Jewish state, a position backed by its main ally the United States.

“The Israeli decision was the consequence of the distorted and biased mandate given to the rapporteur,” Emmanuel Nahshon, Israel’s Foreign Ministry spokesman, said by email.

“Israeli human rights are violated too, every day, by Palestinians and until ignoring this ends the council will not be taken seriously as a body that respects human rights,” he said in a separate statement.

Israel captured the West Bank, Gaza Strip and East Jerusalem in the 1967 Middle East war and later annexed the latter, declaring it part of its eternal, indivisible capital, a move never recognized internationally.

Palestinians seek a state in the West Bank and Gaza with East Jerusalem as their capital. In 2005 Israel quit Gaza, now run by Hamas Islamists.

Wibisono, a former Indonesian diplomat who took up the U.N. post in June 2014, said in his first report to the council in March 2015 that Israel should investigate the killing of more than 1,500 Palestinian civilians, one third of them children, during the 2014 Gaza war, and make the findings public.

His resignation is effective on March 31, after his final report to the council. “My efforts to help improve the lives of Palestinian victims of violations under the Israeli occupation have been frustrated every step of the way,” Wibisono said, adding the Palestinian government had cooperated fully.

His predecessor Richard Falk, an American law professor who is Jewish, long drew controversy in Israel. In 2008 Falk compared Israeli military strikes against Hamas in Gaza – during which 1,400 Palestinians were killed and there was widespread destruction in densely populated areas – to those of the Nazis.