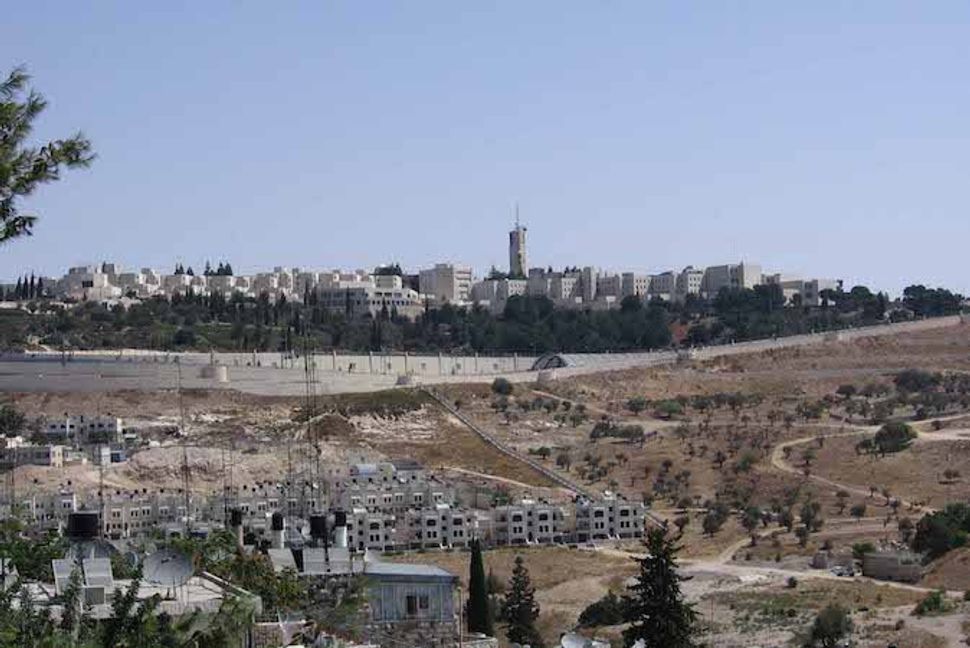 Mount Scopus, seen from below, has been under Israeli control since 1948, even though it is in eastern Jerusalem, which was occupied by Jordan until the 1967 Six-Day War. Image by Wikimedia Commons

Two people were wounded in an attempted stabbing attack in Jerusalem.

The stabber, identified by Israel Police as a 17-year-old resident of eastern Jerusalem who holds Israeli citizenship, was shot by police at the scene and evacuated to the hospital with a gunshot wound to his leg.

The incident occurred on Monday afternoon. The attacker had attempted to stab police on Haim Bar-Lev Street in Jerusalem near the Old City and then tried to run away.

Two people were taken to Hadassah Hospital on Mount Scopus for treatment. A 15-year-old girl was injured in her leg and a 29-year-old man was treated for shock, according to reports.

Two other potential attacks were thwarted on Monday. A Palestinian man, 26, was found to be carrying a knife when he was stopped at a checkpoint at the Tapuach Junction in the northern West Bank.

Also on Monday, two Palestinian teens who were acting suspiciously near Herod’s Gate in Jerusalem’s Old City were discovered to be carrying knives. They were taken by police for questioning.