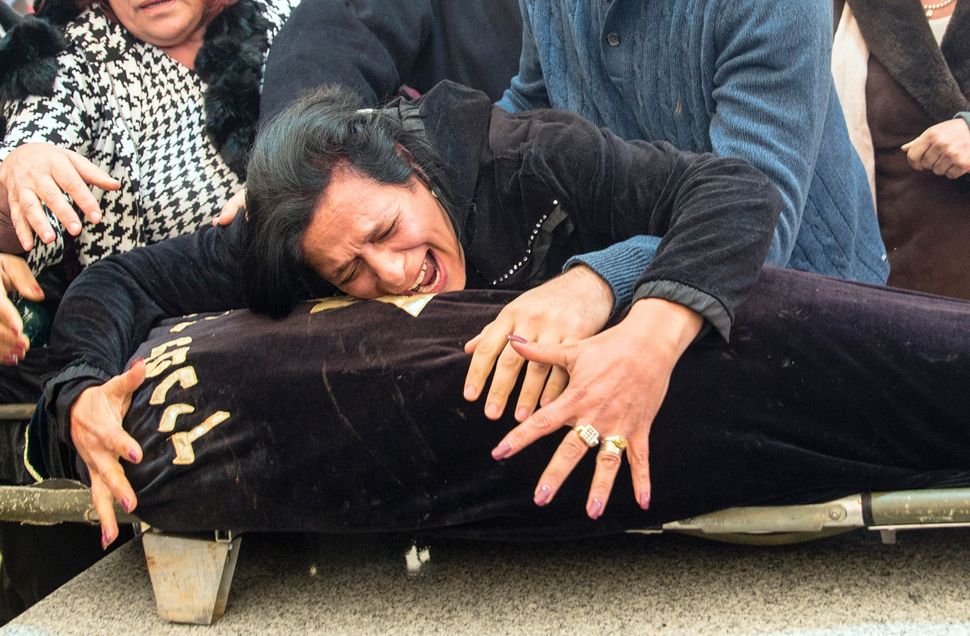 The father of the alleged gunman in the shooting attack on a bar in Tel Aviv, that killed two, was arrested by police in connection with the attack.

Mohammed Melhem, father of Nashat Melhem, was arrested and questioned on Tuesday, along with five other family members and friends. They are suspected of being accessories to murder.

The search for Nashat Melhem entered its fifth day on Tuesday.

On Monday, his father appealed to the alleged gunman to turn himself in. “I call on my son directly, if you can, cooperate with me and contact me to arrange matters,” Mohammed Melhem said in front of television cameras. “I will help you. Let’s end this saga. These are difficult days for the family.” He also condemned the attack.

Mohammed Melhem identified his son to police as the shooter in the hours after the attack, after seeing his image on the surveillance footage taken during the attack.

Police on Tuesday said they believe that Nashat Melhem has escaped to northern Israel or to the West Bank.

Israel Police Chief Roni Alsheich on Tuesday said that residents of Tel Aviv could “dramatically reduce the tension,” without giving away any details of the investigation. He made the comments after visiting the family of Alon Bakal, one of the victims of Friday’s attack, to update them on the progress in the investigation.

“We are performing a search in collaboration with the Shin Bet security service, with many officers, and with special police forces. Our primary goal is that it will be over quickly and without interruption. We are focused on one single mission – to catch the murderer,” Alsheich said.

Thousands of police reportedly are involved in the search.