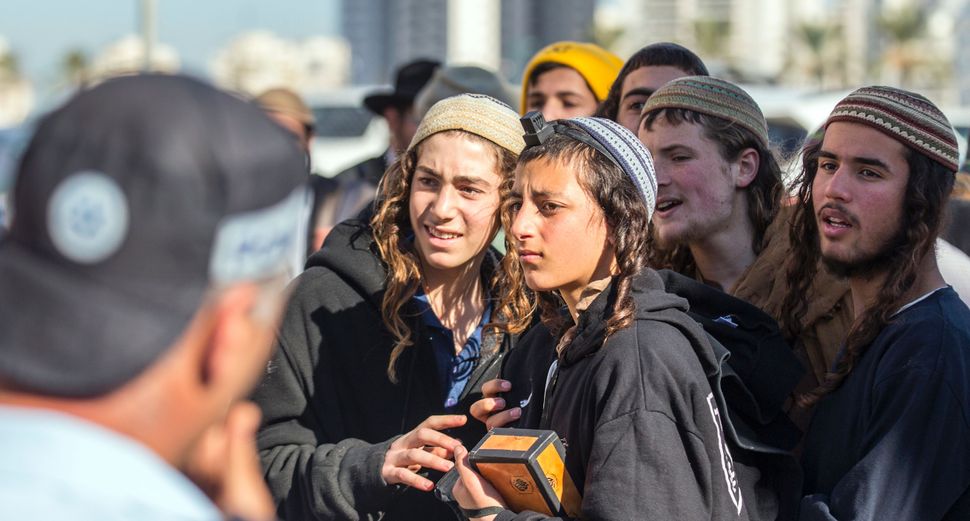 Mordechai Meyer, 18, of the West Bank settlement of Maale Adumim, was set free Monday after being under administrative detention since August for his suspected involvement in an arson attack more than a year ago on a Baptist abbey in Jerusalem. He was released hours after three suspects, including two minors, were charged in the attack on the Dormition Abbey, Haaretz reported.

The Shin Bet security service ordered Meyer’s jailing immediately after a firebombing by alleged Jewish terrorists killed a Palestinian toddler and his parents in the West Bank village of Duma.

As a condition of his release, Meyer must remain under house arrest at night and may not enter the West Bank. His attorney called the requirements “an earthquake.”

“A man sat in jail for five months for nothing,” the attorney, Itzhak Bam of the Honenu organization, told Haaretz. “We will demand a reconsideration of all the administrative orders and administrative detentions that were apparently issued on the basis of the Shin Bet’s erroneous information.”

In a statement, the Shin Bet said Meyer “belongs to a Jewish terror organization, some of whose members have been served with serious indictments. The basis of his administrative detention was the immediate risk he posed as a member of this organization, and as someone who was involved in its activities.”