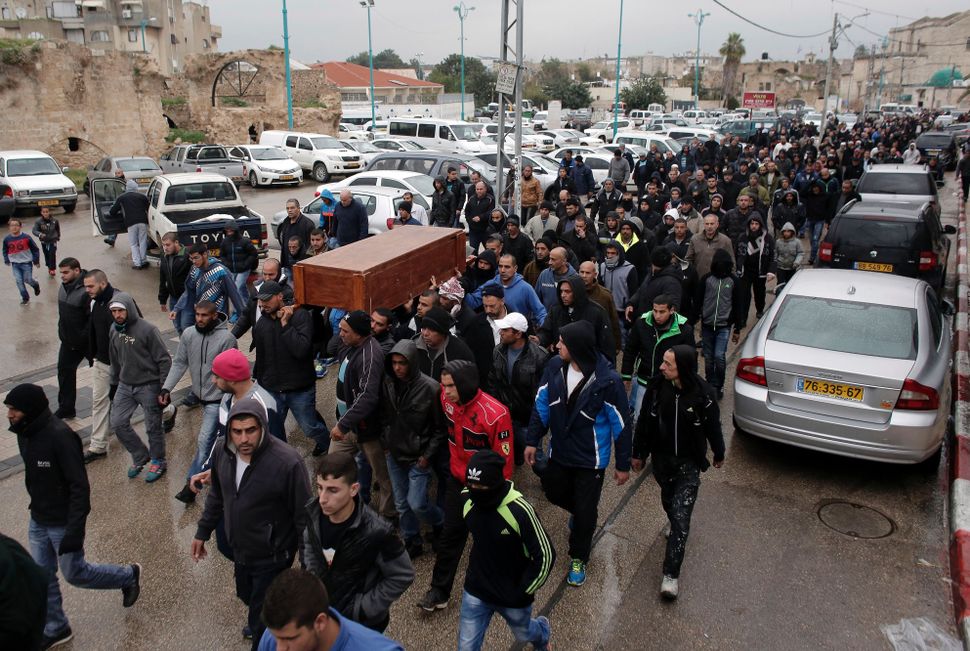 An Arab-Israeli merchant is offering a $10,000 cash reward for information that helps in the capture of an Arab-Israeli fugitive suspected of killing three people in two Tel Aviv shooting attacks.

Mazen Qaq, head of the merchants’ committee in Jerusalem’s Old City and a resident of eastern Jerusalem, announced the reward on Tuesday for information leading to the arrest of Nashat Melhem, Ynet reported.

“This is someone who acted against Israeli citizens, and I won’t allow someone like him to destroy trust and security,” Qaq told Ynet.

Melhem is believed to be the gunman who shot up a central Tel Aviv bar, killing two, and later murdering a cab driver.

Qaq also told Ynet that business in the Old City has dropped by 70 percent in the past few months as a result of the surge of stabbings and other attacks by Palestinian assailants against Jews.

“We’re cousins. We need to forget this nonsense about Arabs and Jews,” he said, according to Ynet. “We are all human beings, no matter what your religion is, we are one people. We give you a hand, you help us and we help you.”

According to the Times of Israel, Melhem is believed to be hiding somewhere in northern Israel. However, Melhem’s father, who was arrested Tuesday as a suspected accomplice, has said he believes Melhem is hiding in the West Bank.