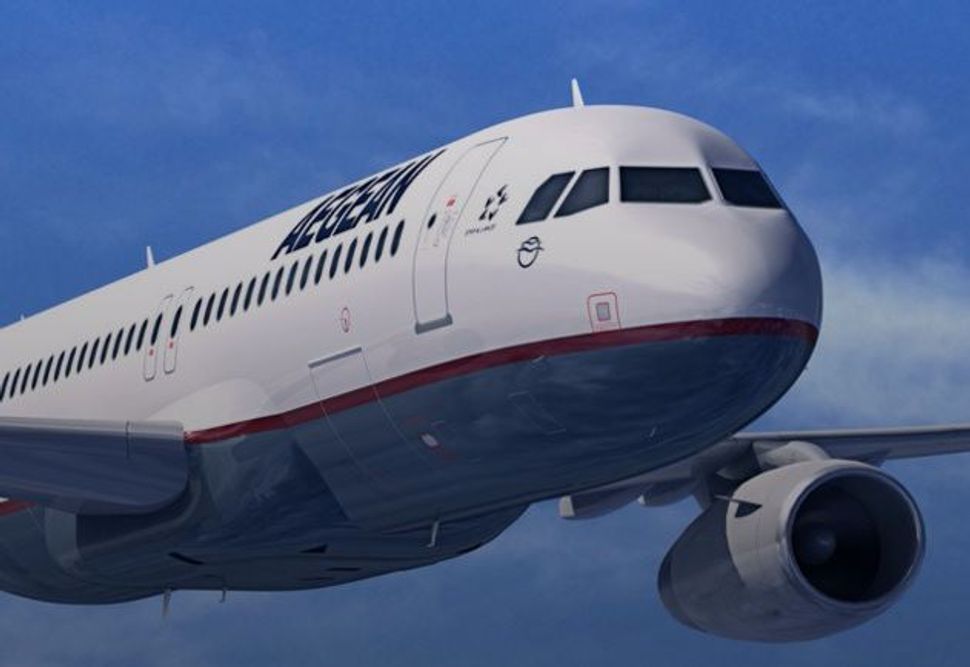 In an open letter to Saeb Erekat, the PLO’s secretary general, dated Wednesday, Aegean CEO Dimitris Gerogiannis said he “[rejected] any possibility of discrimination,” which he said was in “complete opposition” to the principles of the airline.

Claiming that the two Arabs, both with valid visas to enter Israel and one an Israeli citizen, posed a security threat, several Jewish passengers refused to sit down, preventing the plane from taking off Sunday night. The incident occurred two days after an Arab-Israeli man, who is still at large and believed to be armed, allegedly killed two people and injured several others in a shooting attack in central Tel Aviv.

Airline employees said they reviewed the men’s paperwork and found nothing suspicious. However, the two agreed to disembark after the airline offered them a free hotel room and other compensation.

Gerogiannis’ letter came after Erekat posted a statement online saying he was “outraged by how two Palestinians were treated with discrimination and prejudice at the hands of the Aegean cabin crew.”

In his statement Wednesday, Erekat said the “appalling behavior by the Israeli passengers is reminiscent of the worst years of the South African apartheid.” He demanded the Greek government investigate and that the two passengers be compensated further.

In his letter, the Aegean CEO emphasized that “our crew did try for more than an hour and thirty minutes to resolve the situation,” but that “by the time that all the security had been rechecked,” the “two affected passengers did not feel comfortable to fly.”

He stressed that the airline “regretted the whole event” which was “quite unprecedented in our experience.”

The letter also noted that he has contacted the PLO representative in Greece to arrange a meeting.