Gunmen Open Fire at Israeli Tourists in Cairo; No Casualties 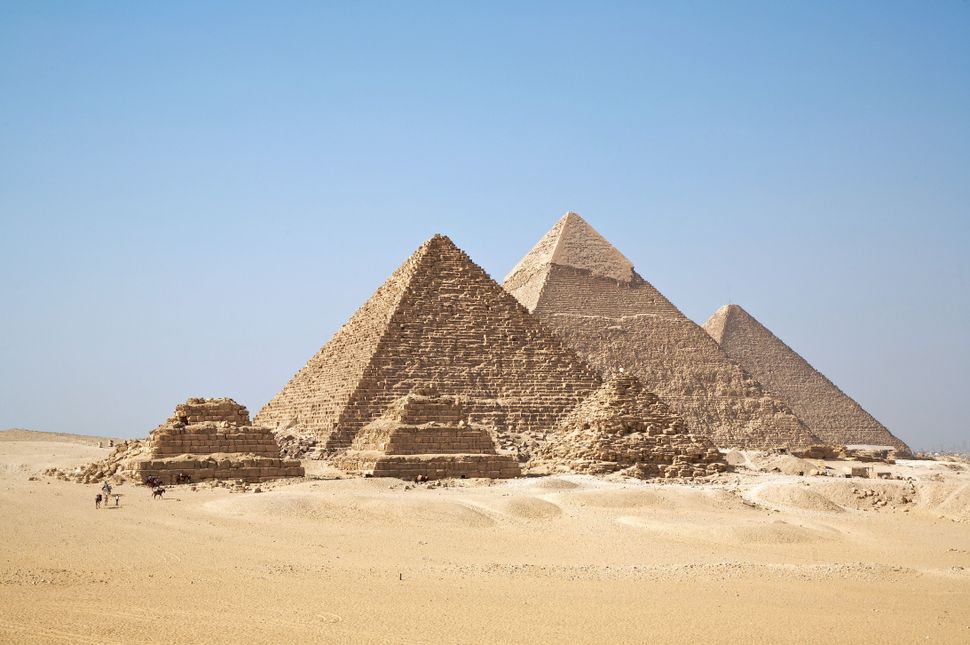 CAIRO — Gunmen opened fire on Israeli tourists as they boarded a bus in Cairo on Thursday but there were no casualties, security sources said, while the Interior Ministry said the attack was directed at security forces.

Thursday’s shooting took place at the Three Pyramids Hotel, on a road leading to the Giza pyramids southwest of the capital. It is likely to raise questions over President Abdel Fattah al-Sisi’s repeated promises to stamp out militancy in Egypt.

The Interior Ministry said in a statement 15 people who had gathered on a side street near the hotel threw home-made fireworks in the direction of security forces stationed there.

PILLAR OF THE ECONOMY

“One of the loiterers fired a home-made pellet gun in the direction of the security in front of the hotel, causing some damage to the glass façade of the hotel as well as the window of a tourist bus. No injuries occurred,” it said.

Security forces apprehended one person who was hiding behind the hotel, the ministry said.

One gunman was arrested at the scene and security forces surrounded the other attacker in another part of Cairo, said security sources earlier. There has been no claim of responsibility for the attack.

Bilal Mahajne, deputy mayor of Umm el-Fahm, an Arab town in northern Israel, said on Israel Radio that one of his associates had spoken to some of the tourists who were on the bus. Mahajne said: “They are all safe and well, and back in the hotel in Cairo.” He said the group was on an organized tour.

In June last year, a suicide bomber blew himself up near the ancient Karnak Temple in the southern city of Luxor, wounding three Egyptians. A week earlier, gunmen on a motorcycle shot dead two members of the tourism police at Giza.

Tourism is a pillar of the Egyptian economy, which has been struggling to recover from political turmoil that began with the 2011 uprising that toppled autocrat Hosni Mubarak.

In one of the worst attacks, Islamic State’s Egypt affiliate has said it planted a bomb on a Russian passenger plane that crashed in the Sinai on Oct. 31, killing all 224 people on board.

Egyptian jihadists, who have pledged allegiance to Islamic State, have killed hundreds of Egyptian soldiers and police since the army toppled Islamist President Mohamed Mursi in 2013 after mass protests against his rule.

Gunmen Open Fire at Israeli Tourists in Cairo; No Casualties