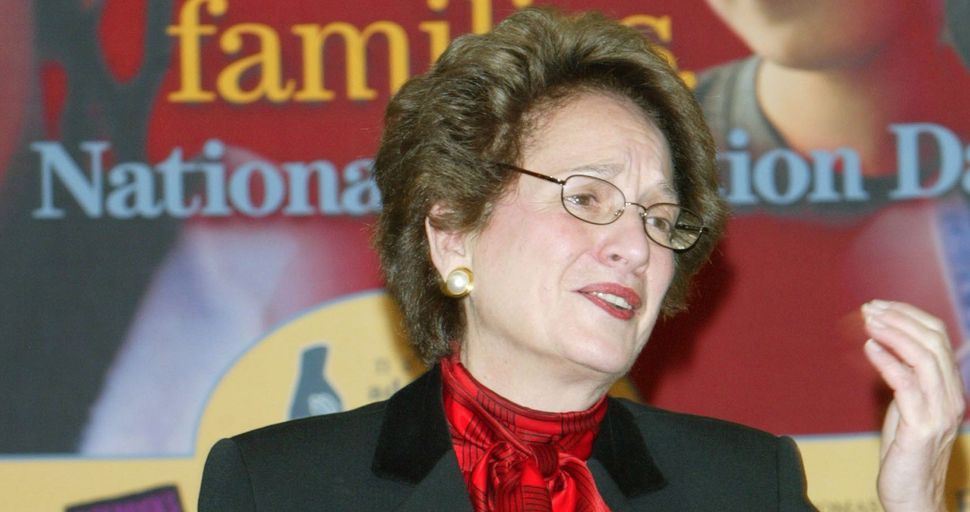 “Throughout her 25-year career in public service, Chief Judge Kaye was a force for progress who had a profound impact on our state,” Cuomo said.

He directed that flags on all state government buildings be flown at half-staff on Friday in her honor.

Kaye’s story is as American as they come.

She was born Judith Ann Smith, the oldest of four daughters. Her parents were Polish immigrants who lived on a small farm and later opened a women’s dress shop, .

Kaye excelled in grade school and graduated high school at age 15. She went on to Barnard College and got her J.D. from New York University Law School in 1962.

She was a female groundbreaker on many fronts, and became the first woman partner at Olwine, Connelly, Chase, O’Donnell, and Weyher, reports the Jewish Women’s Archive.

The commercial litigator caught the eye of the Democratic political machine in New York State and in 1983 was tapped by the late Gov. Mario Cuomo to become the first female justice of the New York State Court of Appeals in its 150-year history, says the JWA.

A decade later, she became chief judge and held the job for the next 15 years.

Kaye developed a national reputation as chief judge for groundbreaking decisions and court reforms. She wrote notable opinions on adoption rights for gay couples, education, the death penalty and the right of the public and press to attend judicial hearings.

And she abolished exemptions that excused lawyers, doctors and others from sitting on juries.=

Until her death, Kaye also chaired the state commission that recommends nominees to the governor for openings on the court.

Former New York Mayor Mike Bloomberg said this of Kaye: “Judith Kaye was not only the longest serving Chief Judge in New York State history, and not only the first woman to hold the post; she was also one of the most respected judicial innovators of our time.”

“Her early and strong support for problem-solving courts, such as the Midtown Community Court that helped clean up Times Square, played an important role in making New York a national leader in reducing crime and recidivism. I was lucky to call her a friend, and the city and state will benefit from her leadership for decades to come.”

Kaye is survived by her children, Luisa, Jonathan and Gordon, and seven grandchildren, according to Skadden, Arps, Slate, Meagher & Flom, the law firm she joined after stepping down from the bench in 2008. — With Reuters