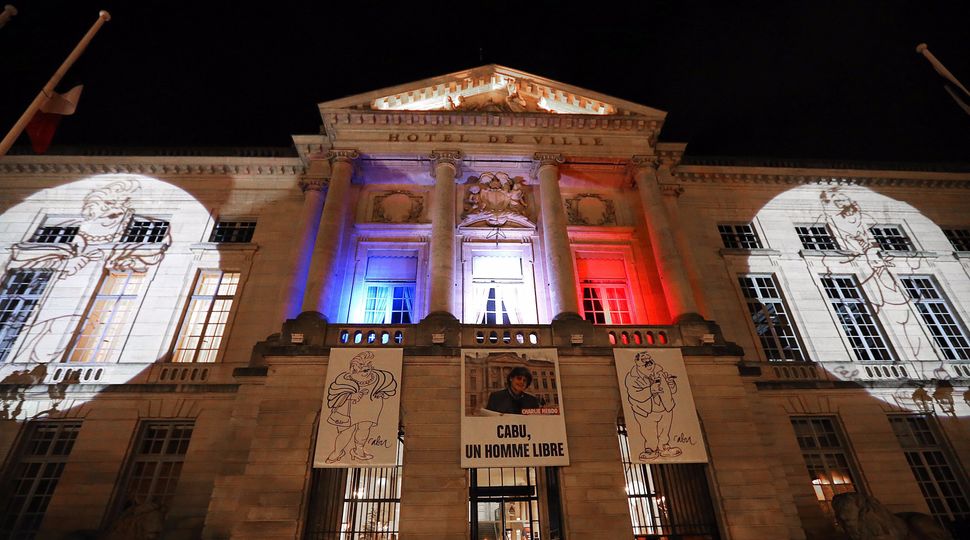 Anti-Semitic incidents doubled in France in 2014 over the previous year even as other hate crimes decreased, according to a new report.

“Breaking the Cycle of Violence,” which was by the Human Rights First nonprofit on the anniversary of the Charlie Hebdo and Hyper Cacher terrorist attacks in Paris, draws on “public information and interviews with a range of government officials, civil society representatives, and academic experts.” The report is limited to 2014 data and earlier.

Citing data from France’s Ministry of the Interior and the Jewish Community Security Service, the report said anti-Semitic incidents, which include both acts and threats, doubled to 851 in 2014 from 423 the previous year. However, such incidents “likely remain underreported,” the report said, noting that in a survey conducted by the European Union’s Fundamental Rights Agency, 82 percent of respondents said they did not report “the most serious incident” of anti-Semitic discrimination experienced in the past year.

The report also noted that anti-Semitic incidents “occur with greater frequency and more severe violence” during “spikes” in the Israeli-Palestinian conflict, such as the war in Gaza in the summer of 2014, and that “high profile” attacks spark copycat attacks.

The data was “unclear” in three areas, the report said: the ethnic and religious identities of the perpetrators, the law-enforcement and judicial response to the incidents, and incidents occurring in educational settings.

The report also found that anti-Semitic attitudes, including the idea that Jews are more loyal to Israel than to France and that they exploit the Holocaust, are most prevalent on the far right and far left. However, it said, data on anti-Semitic attitudes among Muslims and Arabs in France was “limited.”

Among the factors fueling anti-Semitic incidents, according to the report, are the rising influence of the far-right National Front party and “inadequate training” of Muslim imams, many of whom are educated overseas rather than in France. The report also said that “government action to confront antisemitism paradoxically exacerbates it,” feeding into anti-Semitic views that Jews “exercise inordinate influence.”

The report offered numerous recommendations for not only the French government but also the United States, as well as French civil society, philanthropists and Internet companies, including investing in additional research and supporting civil society groups that fight discrimination and hate crimes.